In an earlier post here on Inside Islam, we announced President Obama’s expansion of federal funding to faith-based and community partnerships. Executive director of the Interfaith Youth Core Eboo Patel opened up in an interview on CNN about President Obama’s decision to expand federal funding and support interfaith cooperation. He also addressed criticism that religious organizations are more likely to discriminate against potential employees on the basis of personal belief.

END_OF_DOCUMENT_TOKEN_TO_BE_REPLACED

President Barack Obama has announced the expansion of aid to faith-based partnerships. His executive order built upon President Bush’s White House Office of Faith-Based and Community Partnerships initiative, slightly changing the name to the White House Office of Faith-Based and Neighborhood Partnerships. As has been much discussed, government support of faith-based initiatives calls into question the separation of church and state. The worry is that federal funds may go to businesses whose hiring or service provision discriminates against people with different religious beliefs. At The National Prayer Breakfast this month, President Obama announced the office and called for religious leaders to let go of intolerant attitudes. He asked America to return to pluralism:

the particular faith that motivates each of us can promote a greater good for all of us. Instead of driving us apart, our varied beliefs can bring us together to feed the hungry and comfort the afflicted; to make peace where there is strife and rebuild what has broken; to lift up those who have fallen on hard times. This is not only our call as people of faith, but our duty as citizens of America, and it will be the purpose of the White House Office of Faith-Based and Neighborhood Partnerships that I’m announcing later today.

President Obama promises the White House office aid will extend outreach to organizations based on the impact of their work, not the influence of faith-based institutions. He also ruled out proselytizing and laid down the first practical outcome of launching outreach is to to improve services that reduce poverty. In addition, the president has adopted a pluralistic vision for reaching out to the Muslim community in the Arab world. He hopes to open a dialogue with Islamic leaders around the world and believes it can happen soon.

END_OF_DOCUMENT_TOKEN_TO_BE_REPLACED

Muslim Alliance in North America (MANA) held their 2008 Annual Conference in Philadelphia last month. The conference focused on a range of topics and perspectives from guest speakers. Amad, a writer for MuslimMatters, concluded his blog series on the conference today. It’s an innovative, thought-provoking piece of new media because it transcends the image of Islam that you hear and see in mainstream sources.

END_OF_DOCUMENT_TOKEN_TO_BE_REPLACED 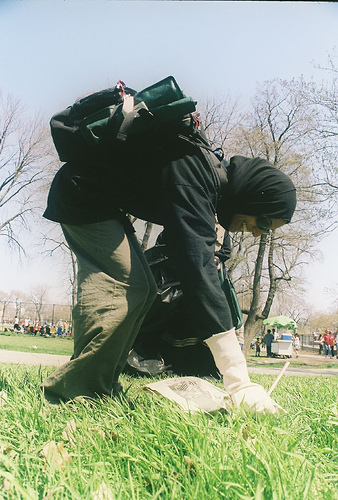 Writer, scholar, and youth leader Eboo Patel is executive director of the Chicago-based Interfaith Youth Core and writes a blog for The Washington Post. Patel’s ongoing work with youth and study of religious divisions is rooted in his own struggle choosing between Indian, Muslim, and American identities and faith in a common “dream of pluralism.” In Acts of Faith, he defines pluralism as

a form of proactive cooperation that affirms the identity of the constituent communities while emphasizing that the wellbeing of each and all depends on the health of the whole. It is the belief that the common good is best served when each community has a chance to make its unique contribution.