The attacks of 9/11 changed the course of history and affected many communities. The Muslim American community was particularly impacted by the attacks and have had to face growing Islamophobia. Throughout the Inside Islam project, we have explored some of the central challenges to the Muslim American community, which include questioning their national identity and their place in American society. Some question this group’s loyalty to their country and the possibility of being both Muslim and American. The entire nation was affected by the attacks; yet, 10 years later there is not enough exploration of what Muslim Americans faced in the days after 9/11. In February, a new project was launched to make a film called nine/twelve,  a film that will explore the experience of Muslims right after the attacks. END_OF_DOCUMENT_TOKEN_TO_BE_REPLACED

One of the major problems Muslims have had to face around the world, especially since the 9/11 attacks, is that Islam is seen as a violent religion associated with terrorism, even though the vast majority of Muslims do not condone violence, much less carry out violent acts. Nevertheless, in some circles, the term “terrorist” itself has almost become synonymous with “Muslim.” Conversely, there seems to be a reluctance to label as terrorism those times when Muslims are the victims of an act of deep hatred. This is the case with the story of Shaima Alawadi, a 32-year-old Iraqi-American mother of five who was found beaten in her home in San Diego, California, last Wednesday, March 21st. Alawadi died on Saturday, March 24th. END_OF_DOCUMENT_TOKEN_TO_BE_REPLACED

The Florida Family Association asked its members to petition Lowe’s to pull its advertising, which appears to have been successful. Furthermore, the group claims that 65 companies that they targeted have pulled their advertising. END_OF_DOCUMENT_TOKEN_TO_BE_REPLACED

Last night, TLC aired the second episode of All-American Muslim, an 8-part series that follows the lives of five Muslim American families in Dearborn, Michigan. As I wrote in an earlier post, the show aims to dispel the stereotypes that surround Muslims and Islam. As a Muslim American, I had high expectations of the show. I was excited that an entire program would focus on the Muslim American community and would generate more discussion on this minority group. Well, the show certainly created more discussion,  after watching two episodes of All-American Muslim as well as Anderson Cooper’s daytime show about it, I am a bit disappointed by certain aspects of the show. END_OF_DOCUMENT_TOKEN_TO_BE_REPLACED 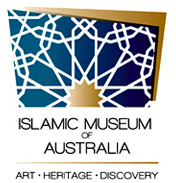 In May 2010, a new foundation was launched in Australia, with the 2013 goal of opening the Islamic Museum of Australia, the first museum of its kind. The project is spearheaded by Ahmed and Moustafa Fahour, two prominent Muslim Australian businessmen. The focus of the museum will be to dispel stereotypes about the Muslim Australian community and Islam in general. It will also highlight the contributions of Islamic civilizations to the world. END_OF_DOCUMENT_TOKEN_TO_BE_REPLACED

This coming November, a new Muslim reality show will broadcast on TLC. All American Muslim will follow the lives of 5 families in Dearborn, Michigan, home to the largest Muslim population in the United States. The show aims to give a glimpse of the Muslim American population and the challenges that they face, inside and outside of their community. Moreover, according to Amy Winter, TLC’s general manager, one of the goals of the program is to show the diversity of the Muslim community, which is not only true of the community in Dearborn but of the worldwide Muslim community.

This show comes at a time where the situation for Muslim Americans has been mixed. Ten years after the 9/11 attacks, there is an increased awareness of this community and Islam more generally but on the other hand it has become much more acceptable to express negative sentiments about Muslims and Islam. A show like this can further the positive interest that has emerged post 9/11 and counteract the negative response.

END_OF_DOCUMENT_TOKEN_TO_BE_REPLACED 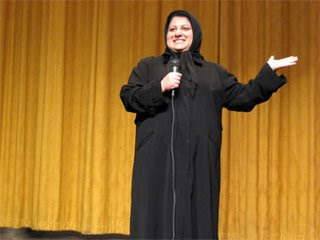 On Tuesday, May 31st, Jean will talk with Tissa Hami, an Iranian American female comedian, and Dean Obeidallah, a Palestinian-American/Italian-American comedian. Both use comedy to break down the stereotypes about Muslims, Arabs, and Islam that have surged after 9/11.

END_OF_DOCUMENT_TOKEN_TO_BE_REPLACED

This Thursday, May 19th, Jean will talk with Monem Salam the focus of  the documentary On a Wing and a Prayer: An American Muslim Learns to Fly. The documentary follows Salam, a financial adviser for Islamic financing, as he pursues a lifelong dream of getting a private pilot’s license post-9/11. Salam’s father was a commercial pilot for 25 years.

On a Wing and a Prayer shows the difficulties Salam faces to pursue his dream, including an F.B.I inquiry. The documentary also follows Salam’s family and shows their story as Muslim Americans living in a small town. Both Salam and his wife Iman talk about the importance of their faith in their lives and the way in which they reach out to the community to share that faith post-9/11. Most importantly, the documentary emphasizes Salam’s right as an American to pursue his passions.

END_OF_DOCUMENT_TOKEN_TO_BE_REPLACED

On Sunday, March 27th, CNN aired “Unwelcome: The Muslims Next Door,” in which correspondent, Soledad O’Brien went to Murfreesboro, Tennessee, to examine the controversy around the building of an Islamic center.

In 2010, the city commission committee approved  plans  for the local Muslim community to build a 52,000-foot facility that would include not only a mosque, but also a school, a swimming pool, a gym, and a cemetery. Residents of Murfreesboro, which houses 180 churches and currently one mosque, came out in protest of the the Islamic center. In addition to protests, the sign at the site of the future center was vandalized twice: the first time the words “not welcome” were sprayed on it and the second time it was cut in half. Also, the construction equipment at the site was doused with gas and lit on fire. Finally, some residents filed an unsuccessful lawsuit to stop construction of the mosque.

O’Brien interviewed both opponents and supporters of the project. The question that emerged throughout the interviews was this: Is the problem with the building of the mosque itself or is the prevalent emotion symptomatic of a broader Islamophobia?

END_OF_DOCUMENT_TOKEN_TO_BE_REPLACED

On March 23rd and 24th, Muslim Voices, an organization that “aims to increase intercultural dialogue and understanding between Muslims and non-Muslims,” held a conference at Indiana University titled “Re-scripting Islam: Muslims and the Media.” The conference explored the multiple narratives of Islam and Muslims in the media.Various panelists spoke about different avenues that Muslims and non-Muslims are using to engage in discussions about Islam.