The first radio program in the Inside Islam series was “Heavy Metal Islam” on September 25, 2008. One of our guests on that show, Suroosh Alvi, co-directed a the documentary Heavy Metal in Baghdad. In the film (which is now available to view online for free) we meet Acrassicauda, the only heavy metal band in Iraq. The band has now moved to New Jersey after being exiled in Turkey.

Acrassicauda resurfaced on NPR’s Fresh Air in an interview on March 17th. Since the time of the documentary, the world and band members of Acrassicauda have seen the country continue to crumble after the fall of Saddam Hussein. The new goals of the Obama administration in Iraq include restoring stability to the government and helping cope with the country’s refugee crisis.

Do you think that will mean that bands and other people who have left the country will return and help stabilize the country as well? What do you think about the situation in Iraq today? Do you believe that heavy metal is unislamic? Should heavy metal play a part in reconstructing Iraq as well? Please leave your thoughts in a comment below or send us a message via email.

Host of Islamophonic and journalist for Guardian UK Riazat Butt turned down the chance to be “Famous for 30 seconds” in an anti-extremism ad campaign for Pakistani youth. PREVENT, the campaign’s sponsor organization, asked her and others to represent the face of moderate Islam in Britain and set an example for youth in the Muslim world.

END_OF_DOCUMENT_TOKEN_TO_BE_REPLACED

Lena Khan won the One Nation Film Contest earlier this year with the video above, “A Land Called Paradise.” According to an article by Special Correspondent for American.gov Serena Kim, Khan has received a lot of attention since releasing the video. Kim writes:

Since the video’s launch, Khan has received hundreds of e-mails from people who say the video has made them cry, inspired them to open a discussion about Islam with their families or broken down walls built by stereotypes.

END_OF_DOCUMENT_TOKEN_TO_BE_REPLACED

Today the first Here on Earth radio program for Inside Islam airs at 3 p.m. Central Time. There are several ways you can participate in this exciting initiative.

END_OF_DOCUMENT_TOKEN_TO_BE_REPLACED 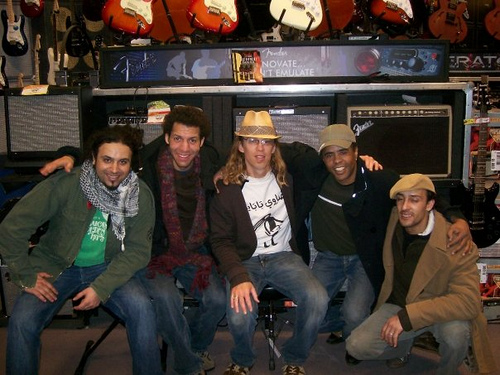 END_OF_DOCUMENT_TOKEN_TO_BE_REPLACED

Mark LeVine, author of Heavy Metal Islam and Suroosh Alvi, co-director of Heavy Metal in Baghdad will join Here on Earth: Radio Without Borders on air Thursday, September 25, 2008 at 3:00 p.m. CST. You can listen to the show live on the Ideas Network webstream or check for the podcast later that day.

Watch the blog for posts about Islam and music around the world this week. Also, join the conversation. Leave questions for the guests or Jean, host of Here on Earth, in the comment section for this post. You can suggest topics for the show here as well. Thanks for listening.

Read guest bios after the break…

END_OF_DOCUMENT_TOKEN_TO_BE_REPLACED 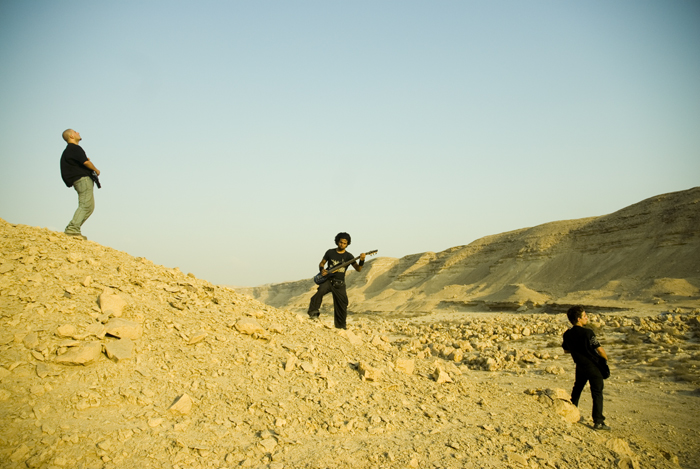 The Here on Earth radio broadcasts for Inside Islam premiere on Thursday, September 25. The topic is heavy metal and Islam. Over the next two weeks, I’ll be posting about music and Islam in general, as well as about the specifics of our first show. You can leave any comments and/or links to articles, lyrics, videos, news, songs you want to share about Islam and music after the break. Thanks for the leads…