Should someone be sentenced to prison for throwing a bottle at a police officer in a political demonstration? That is what Yahia Tebani, a Muslim Brit, is facing when he is sentenced this month.  Tebani is one of 78 protesters, young men in their 20s and almost all Muslim,  who are being charged with public order offenses. This story goes back to the Israeli attack on Gaza in December of 2008 and January of 2009. END_OF_DOCUMENT_TOKEN_TO_BE_REPLACED 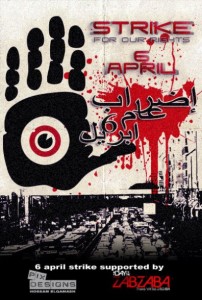 END_OF_DOCUMENT_TOKEN_TO_BE_REPLACED

Author Alaa al-Aswany wrote an op-ed about President Obama’s silence about the Gaza conflict in “Why the Muslim World Can’t Hear Obama,” published in The New York Times. He contends that President Obama’s rhetorical gesture to reach out to the Muslim world in his inaugural address and in an interview with Arab news station Al Arabiya wasn’t taken seriously by Egyptians because he has yet to break his silence on the conflict and his steadfast support of Israel.

Mr. Obama’s interview with Al Arabiya on Jan. 27 was an event that was widely portrayed in the Western news media as an olive branch to the Muslim world. But while most of my Egyptian friends knew about the interview, by then they were so frustrated by Mr. Obama’s silence that they weren’t particularly interested in watching it. I didn’t see it myself, but I went back and read the transcript. Again, his elegant words did not challenge America’s support of Israel, right or wrong, or its alliances with Arab dictators in the interest of pragmatism.

Do promises to reach out to the Muslim world matter if no one can hear them outside the US? Would actions speak louder than words? If so, what would a guesture of peace look like in the eyes of the Muslim world? We welcome other opinions below, please leave a comment if you have something to add to the dialogue.