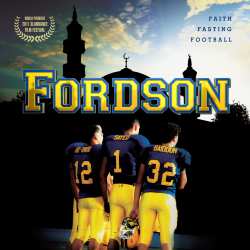 The Fordson football team’s unique demographic makeup of predominately Arab Muslim Americans has been covered by just about every media outlet, from NPR to ESPN. The team initially received attention by holding their late summer pre-season practices from midnight to 4 AM, allowing 95% of their players to observe fasting for the Muslim holiday of Ramadan. But they are not alone: Whether it’s Lebanese-Australian Muslim girls playing Aussie rules football (“footy”) or Lebanese-American Muslim boys playing the American version of the game, Muslims are playing Western-style sports and games in increasing numbers. The stereotypes of Muslim female passivity and Muslim males only playing in the field of engineering are being directly challenged by the realities on the ground. In fact, Arab Muslims in Dearborn, Michigan, home to the largest Arab community in the US, have been playing football for generations.

Increasing attention has focused on faith in sports, most recently brought about by the success of NBA star Jeremy Lin and NFL quarterback Tim Teboe. During our panel following the Fordson film, Ahmed, a practicing Muslim, will speak about the role of Islam in his athletic life. If Ahmed is selected for the 2012 Canadian Olympic cross country team for the London Games as expected, he may have to deal with challenges similar to those faced by the Fordson players. In fact, he will likely compete with the greatest runners on the planet without any food or water during daylight hours, as the holy month of Ramadan covers the entirety of the three-week-long Summer Olympics. But Ahmed won’t be alone. Nearly one fourth of the 2012 Summer Olympic athletes are likely to come from Muslim-majority countries and a majority of these participants are expected to fast.

Please join us tonight for the film screening and discussion. If you are not in Madison but would like to participate in the discussion, post your thoughts on the intersection of faith and sports below.