This past month, Sheikh Muhammad Sayyid Tantawi, the Grand Sheikh of Al-Azhar, shocked many by issuing a ban on students and teachers wearing the niqab, or face veil, in Al-Azhar University or its adjoining schools, specifically in all female settings. Tantawi’s decision to issue this ban stemmed from an interaction that he had with a secondary school student on one of his visits. According to many sources, Tantawi asked the girl why she was wearing the niqab in an all girl classroom and demanded she remove it. He added that niqab is not part of Islam, but is rather a cultural custom. His decree came soon after this interaction that was criticized by many in Egypt. There were then reports from female students who wear the niqab at Cairo University (not affiliated with Al-Azhar) that they were being prevented from entering the dormitories unless they removed their niqab. END_OF_DOCUMENT_TOKEN_TO_BE_REPLACED 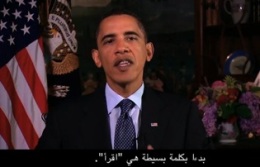