Last Tuesday night’s panel discussion, Green Faith, drew over 100 people to discuss religiously inspired eco-consciousness and interfaith activism around environmental issues. A number of provocative questions were raised by both panelists and audience members throughout the two-hour event. Local media coverage provided a good summary of the themes covered for those unable to attend.

The evening started out with a short video clip and discussion by UW-Madison Associate Professor Anna M. Gade on the tradition of Muslims conserving natural resources in Indonesia, the world’s most populous Muslim-majority nation. Gade highlighted models for embracing inter-religious cooperation that draw on the Qur’an (e.g. 49:13), values that are highly influential in Indonesia’s religiously pluralistic society today. She also spoke of faith-inspired environmental practices that emphasize loving-kindness and compassion, and reminded the audience that both Muslim and non-Muslims across Southeast Asia have transmitted these philosophies since long before the advent of the “environmental movement” in North America. END_OF_DOCUMENT_TOKEN_TO_BE_REPLACED

This is the last in our Green Faith series before tonight’s panel discussion in Madison, WI. Panelists will address the following the questions: What aspects of scripture and  practice support or challenge  environmentalism? With such a strong focus on the afterlife, why do Abrahamic faith traditions care about protecting the earth in this life? How can faith-based and non-faith-based organizations work together more effectively on environmental issues?

Earlier posts in this series covered Muslim, Christian, Jewish, and Baha’i perspectives as well as an Inside Islam radio show on interfaith dialogue around environmental issues.

Anna M. Gade is an Associate Professor at UW-Madison in the Department of Languages and Cultures of Asia and Religious Studies. She teaches courses on global Islam, Southeast Asia, and approaches to the study of religion.

K.H. Ahmad Yani is the “kiai,” spiritual and academic leader, of Darul Ulum Lido, an Islamic boarding school near Bogor, an hour’s drive from Jakarta, the capital of  Indonesia. Traditional and modern residential religious schools like Darul Ulum are known in Indonesia as “pondok pesantren,” and there are thousands of them across the vast archipelago of this Muslim-majority nation.

END_OF_DOCUMENT_TOKEN_TO_BE_REPLACED

Today’s Inside Islam radio show, Green Faith, will preview the upcoming event Green Faith: An Interfaith Conversation on Eco-Consciousness and Activism, to be held at the Pyle Center at UW-Madison on Tuesday, March 6th. Jean Feraca will speak with Anna M. Gade, UW-Madison Associate Professor and expert on eco-Islam in Indonesia, and Cal DeWitt, UW-Madison Professor and author of Earthwise: A Biblical Response to Environmental Issues. (Broadcast details follow below.) In addition to today’s radio show, earlier posts here on the blog have explored Muslim and Christian perspectives.

Indonesia is home to more Muslims than any other country, with 205 million, or 13% of all Muslims worldwide. In addition to being the world’s largest archipelago, Indonesia is also one of the most eco-conscious places on the planet. We’ve talked about eco-Islam in Indonesia before and it is one of the foci of our Green Faith series because the country’s combination of biodiversity, religions, and cultural traditions have formed the basis for the unparalleled development of widespread integration of faith and environmentalism.

The video above is an environmentally focused religious song performed by students from Pondok Pesantren Al-Ittifaq, an Indonesian environmental boarding school, or pesantren. An expression of love for God, eco-consciousness, and artistry are all rolled into one, as students integrate the idea of environmentalism naturally with other aspects of their daily life.

Since the 1950s, Islamic environmental pesantren have been teaching students the importance of stewardship and the deepening of their faith through a higher level of environmental consciousness and activism. It’s also important to point out that “environmental activism” as seen in the U.S. may be understood differently in an Indonesian context. Environmental practices such as water conservation and the planting of trees are commonplace practices in Indonesia and not necessarily viewed as uniquely progressive, political, or radical acts.

Anna M. Gade, filmmaker of the clip above and Associate Professor in UW-Madison’s Department of Languages and Cultures of Asia, has been studying the intersection of Islamic practices, community initiatives, and government policies in Indonesia for over a decade. Gade and renowned Evangelist environmental steward and scholar, Cal DeWitt, will speak to Jean on today’s Here on Earth radio broadcast about faith-based environmentalism, from both local and global perspectives.

This is the second in a series related to our upcoming event, Green Faith: An Interfaith Conversation about Eco-Consciousness and Activism. If you missed the first post in the series, you can read it here and also see the end of this post for information on tomorrow’s related radio show.

Tim Mackie is a teaching pastor at Blackhawk Church in Middleton, Wisconsin, and a faculty member of the Western Seminary in Portland, Oregon, where he teaches Hebrew Bible.

I grew up in the heart of a large city, one which is surrounded by immense natural beauty. Portland, Oregon, sits at the convergence of two large river valleys (the Willamette and the Columbia) that join and head into the Pacific Ocean. My earliest memories of the city recall the majestic Mt. Hood, which stands like a sentinel looking out over the city. The coast is just 1.5 hours away, and there is green everywhere you go, all year round.

I took all this for granted growing up, as I got the best of both worlds: a large urban center surrounded by a lifetime’s worth of hiking and outdoor adventure. Growing up in that part of the country had a formative shaping influence on me, but there was one other key catalyst that revolutionized my relationship to the world of nature. When I was 20 years old I became a follower of Jesus, which forced me to rethink a great many things about my patterns of living. END_OF_DOCUMENT_TOKEN_TO_BE_REPLACED

Yesterday, on the most recent Inside Islam radio program, Professor Anna M. Gade spoke with Jean about the Qur’an. Professor Gade shed light on the Qur’an and its complexity. She also emphasized the important role that the Qur’an plays in Muslim life.

END_OF_DOCUMENT_TOKEN_TO_BE_REPLACED

This is a guest post by Anna M. Gade, Associate Professor in the Department of Languages and Cultures of Asia and the Religious Studies Program at UW-Madison, and the author of The Qur’an: An Introduction. 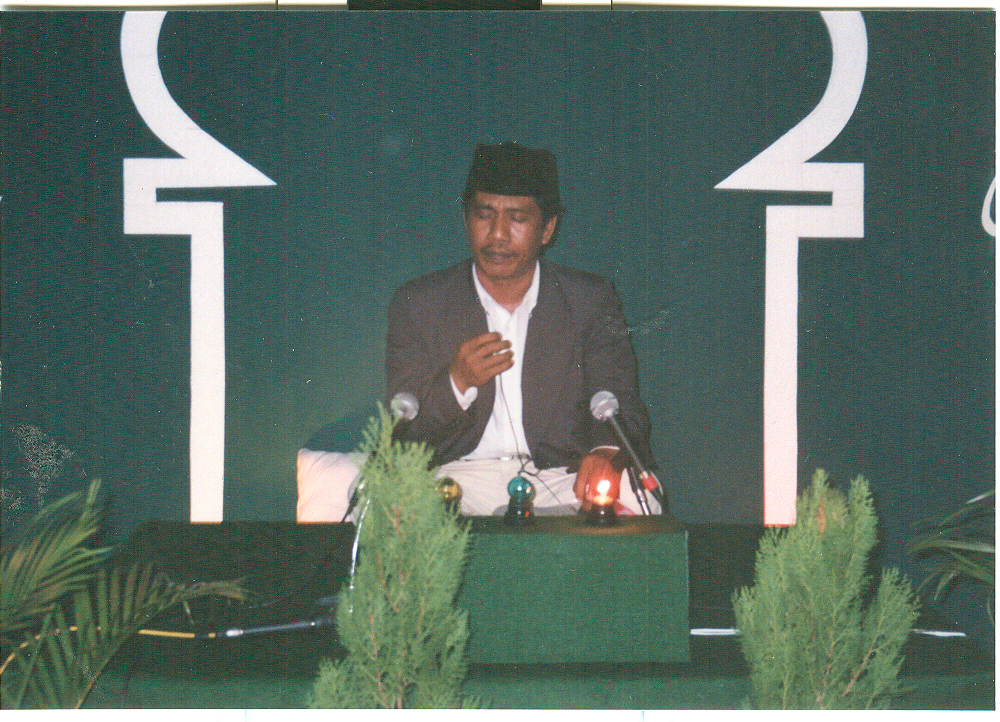 She will be the guest of today’s Inside Islam radio show on Wisconsin Public Radio March 11 at 3 p.m. CT (4 p.m. ET).

A way to introduce the Qur’an to students in a classroom in Religious Studies is to present the text as religious Muslims experience it daily: embodied in voice and sound, expressed in rhythm and pitch. If listeners do not immediately understand the meanings of all the Arabic words they hear, they may share this experience with about four-fifths of the world’s Muslims who are also not native Arabic speakers. Approaching the Qur’an in this way, hearing real voices render what is believed to be God’s unchanging speech, can help learners to imagine the diverse global contexts across space and over time in which the Qur’an is faithfully rehearsed. END_OF_DOCUMENT_TOKEN_TO_BE_REPLACED