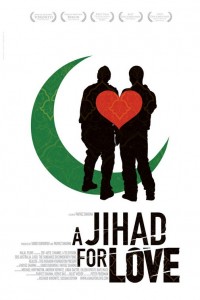 The documentary film A Jihad for Love follows the lives of gay and lesbian Muslims living in places around the world, including Egypt, Iran, India, Turkey, Canada, and France. The film follows these individuals in underground subcultures for homosexual communities in Muslim countries and as immigrants to the West where their lifestyles are more acceptable in public. The main storyline of the film centers on a homosexual Imam from South Africa, Muhsin Hendricks, who was once partnered with a woman in an arranged marriage, is now divorced and is still close with his three children. He says at one point that the marriage was out of guilt for having feelings towards men and pressure to conform with religious norms in the Muslim community in Capetown.