Among many events in Madison this week raising awareness about Islam and Muslims was the film, Unveiled, hosted by UW-Madison’s International Student Services and the LGBT Campus Center. The film (Fremde Haut in German), directed by Angelina Maccarone, follows Fariba, an Irani woman seeking asylum in a small, industrial German town. Following the discovery of Fariba’s love affair with a married woman in Tehran, the Irani government threatens to prosecute her for her relationship, which is illegal under Iranian legal code. Fariba’s lover begs forgiveness and swears under oath that she will change and is freed, but Fariba decides to leave Tehran for good.

END_OF_DOCUMENT_TOKEN_TO_BE_REPLACED 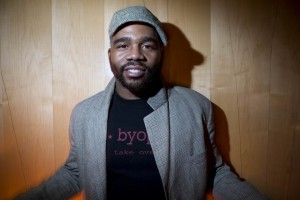 Abdul-Matin, a New York City native and Brooklynite, in many ways represents a new wave of Muslim-Americans born and raised in the United States. Stylish, artistically inclined, and socially conscious, the 34-year-old Abdul-Matin represents a growing number of hip and influential Muslims. These Muslim “hipsters,” prominent in artistic, academic, and social justice movements, often come from urban middle- to upper-class backgrounds and have a strong interest in a particular subcategory of global pop culture. END_OF_DOCUMENT_TOKEN_TO_BE_REPLACED

On Monday, March 14th, on Here on Earth: Radio without Borders, Jean Feraca will talk with Qasim Basir, writer and director of Mooz-lum, and Dana Offenbach, the film’s producer. Mooz-lum tells the coming of age story of Tariq, a young man who is torn between a strict upbringing and his new freedom in college. Tariq’s struggle is complicated by the 9/11 attacks.

The show will examine the Muslim American experience, which has been largely overlooked. Moreover, it will address the misconceptions about Muslims that abound in mainstream American culture. Finally, by bringing in 9/11, Basir aims to show the audience that Muslim Americans were also affected by the attacks.

The film opened in select theaters on February 11th.

Have you seen the film? What do you think? What would you like to know about Muslim American experience? Please share your thoughts below. 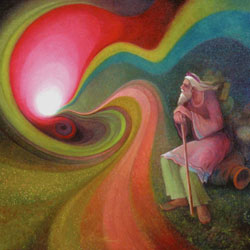 This afternoon at 3 PM U.S. Central Standard Time (GMT-6), Wisconsin Public Radio’s Jean Feraca will talk with Coleman Barks, poet, student of Sufism, and author of numerous Rumi translations. Mowlana Jalaluddin Rumi, a 13th century Muslim mystic, or Sufi, is one of the most decorated poets in history, and famous for his writings on love. Rumi saw love as the foundation of Islam and life, and used, at time, provocative metaphors to describe his love for God.

Coleman Barks will discuss Rumi’s poety and the love that he wrote about.

To listen to the show live, go here.

For a quick summary of Sufism, see this recent Inside Islam piece. For additional information on Rumi and Sufism, check this out.

END_OF_DOCUMENT_TOKEN_TO_BE_REPLACED

On November 30th, Jean spoke with Robert Wright about the parallels between homophobia and Islamophobia.  Underlying Wright’s argument is the concept of bridges, which means that people harbor prejudice towards groups because they have not met someone who belongs to them. Presumably, if they meet  a real person their prejudice would dissipate.

According to Wright, Americans were able to overcome their prejudice towards homosexuals because they knew them before they knew they were gay. So by the time someone would find out they were gay, their opinion of them was formed and assumedly positive.  Muslims do not have that luxury because, as Wright states, they are few and concentrated in certain areas, so it is hard to meet a Muslim to alter a prejudice.

END_OF_DOCUMENT_TOKEN_TO_BE_REPLACED 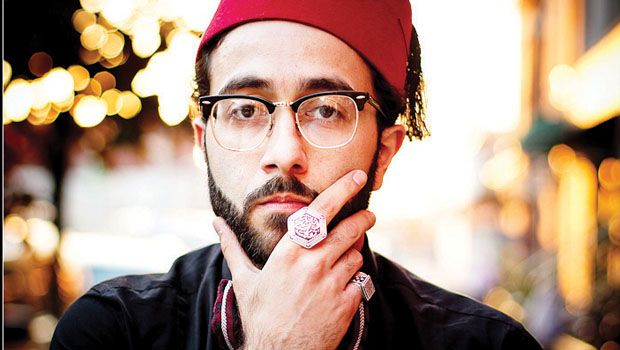 Big  beards, burning flags, women donning niqabs on a dusty road. I think we’re all a bit underwhelmed by the pathetic variety of images that we’re bombarded with on television related to Muslims and Islam. The saturation of media in all of its forms, from youtube to twitter to 24-hour cable news, has doused us with an unimaginable amount of imagery and information. And yet, only a very slim percentage of that content related to Muslims and Islam is positive.

END_OF_DOCUMENT_TOKEN_TO_BE_REPLACED 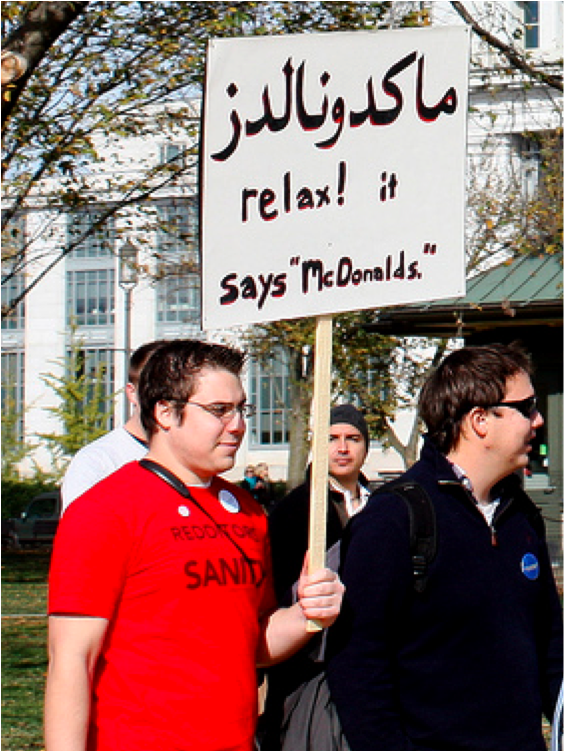 END_OF_DOCUMENT_TOKEN_TO_BE_REPLACED

Can you imagine what an Islamic MTV would look like? Well, Ahmed Abu Haiba did when he launched a new music channel called 4Shbab TV. (“Shbab” means “young people” in Arabic.) The idea behind 4Shbab TV is to offer an Islamic alternative to the other 800+ satellite channels. 4Shbab TV began broadcasting in February 2009 from Bahrain, and according to Abu Haiba now has viewers from all over the Middle East.

For Abu Haiba, mainstream music videos do not reflect Arab and Islamic cultural values nor do they represent the realities of the youth in the Middle East so he decided to launch a channel that would do just that. Abu Haiba also wanted to make  religion more appealing to youth. 4Shbab broadcasts music videos that do not have backup singers, revealing clothing, or anything else that one would associate with mainstream music videos, but that does not mean that musical instruments are not used or that all the songs are about religion. It also features talk shows, variety shows, news, and an American Idol-like program called  “Sotak Wasel,” which translates as “Your Voice is Heard.”

4Shbab TV is part of a growing trend around the Muslim world of Islamically themed projects, like Amr Khaled’s show “Mujaddidun”–The Reformers in Arabic– based on “The Apprentice.” These projects not only offer alternative means of entertainment but also demonstrate the diverse experiences of Islam not only across regions but across the generations. Many of these projects specifically target a younger audience and promote a picture of Islam that is compatible with modern sensibilities.

What do you think about 4Shbab and other religiously themed entertainment? Do you think they have an impact? What do projects like 4Shbab indicate about the diversity of the Muslim experience? Would you watch this channel? Please share your thoughts below.

Hissa Hilal, a Saudi Arabian contestant on the widely viewed show “Million’s Poet,” is gaining worldwide attention for her poem that she delivered on the last episode. Her poem on the abuses of clerics earned her a place in the final five and a chance at 1.3 million dollars. Hilal, a poetry editor at Al-Hayat newspaper and a mother of four, has gone further than any woman in the competition and delivered her biting critique fully covered. While many are focusing on her clothing, I find her words more significant.

Her poem, written in the Nabati style native to the Arabian Peninsula’s nomadic tribes, attacks clerics who have issued fatwas that reflect an extremist attitude, which is not in line with the core values of the faith. Hilal’s poem focuses on fatwas like that of Sheikh Abdul-Rahman al Barrak, who issued a fatwa for the execution of anyone who says the mixing of sexes is acceptable within Islam. While fatwas are non-binding legal opinions, Hilal asserts in The National that this kind of fatwa reflects “subversive thinking, terrifying thinking, and everyone should stand against it. One should not kill or call for the killing of people only because they do not belong to their system of thought or to their religion.”  END_OF_DOCUMENT_TOKEN_TO_BE_REPLACED