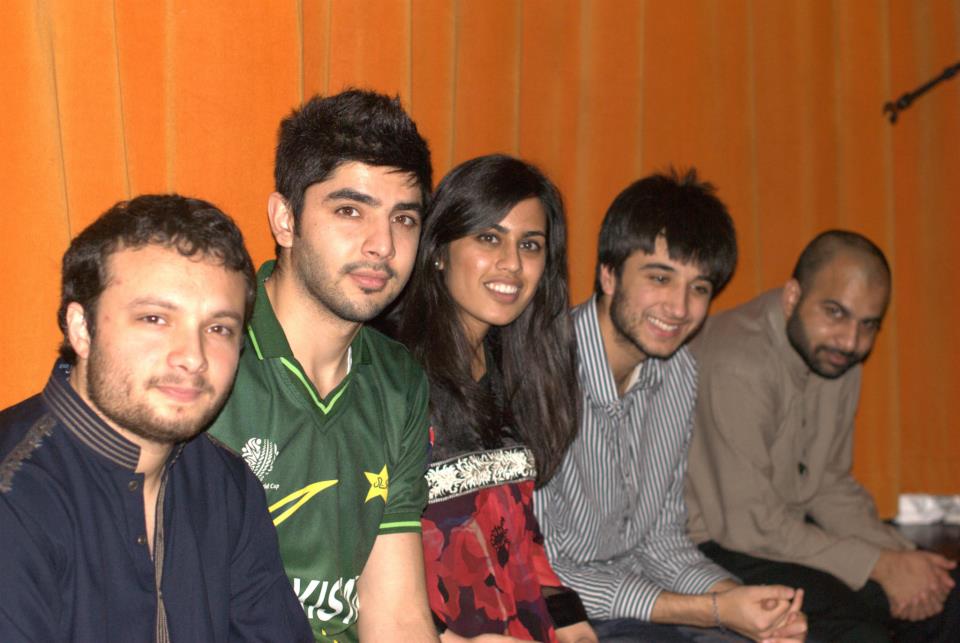 This past fall, members of the University of Wisconsin-Madison’s Pakistani Student Association (PSA) held an event titled Pakistan ki avaaz, or the voices of Pakistan. The featured event of the evening was a traditional Ghazal music performance from Pakistani legend, Munni Begum, however, the most intriguing portion of the program was Six Rupee Bullet, a short play written and performed by PSA members.

The play offered a variety of perspectives related to U.S. drone strikes, poverty, and Islam in contemporary Pakistani society. In an interview with Inside Islam, Umar Anjum, co-playwright and Urdu instructor at UW-Madison, said that the PSA was inspired to come up with a serious play that draws attention to what is going on in Pakistan. Anjum, a native of Lahore, Pakistan, wrote,

[We wanted to] talk about the controversial issue of drone strikes (which is violation of all international human right laws–that you cannot kill a suspect), how deep the conflict is, what confusions people face there, and the dilemma over who is right and who is wrong.

Although the audience was a mixture of Americans from Pakistani, Indian, European, and other backgrounds with varying levels of knowledge about the situation in Pakistan, it seemed not to matter to Anjum and the other performers. The script was carefully written with the intent to provide the entire audience with nuanced perspectives on the social, religious, political, and economic challenges currently facing Pakistanis. Traditional South Asian cultural norms, Islamic principles, and western influences on both young and old Pakistanis were quite evident as each character negotiated their identities in public and private spaces.

The message was not to make people think in a certain way, but rather to make them think about what is going on there. Many times people don’t realize the complexity of the issues and simply think like Bush—either you are with us or against us

Six Rupee Bullet provided a glimpse into the complicated socio-religious dynamics that have come to define present-day Pakistan. Reflecting the drastically different interpretations of Islam within Pakistani society, some characters in the play emphasized the importance of forgiveness and generosity, while others stressed the past violence in Islamic history as justification for their extremist attitudes.

The final scene of the play featured a poor chai wala, or tea seller, whose father was murdered by a U.S. drone strike targeting suspected militants. The young man’s monologue offered the audience a unique perspective on the challenges faced by those unjustly affected by war, and the influences Islam can have on how people understand their experience. As his father was an innocent merchant inadvertently killed by the drone’s missile, the young chai wala pondered his future: was he obliged to take revenge by blowing himself up and killing others connected to U.S. policies, following the religious logic of some Muslim extremists in his community? Or should he live the remainder of his life plagued by poverty as a chai walla, and respond in a non-violent fashion like most other Pakistanis who have faced similar circumstances? Non-violent responses to the unjust actions of others are often explained through forgiveness and peace, one of the highest forms of Islamic piety. Like other prophets, the Prophet Muhammad exemplified the Islamic principle of forgiveness by reaching out to the Meccans who had mistreated him for the previous twenty years before being defeated.

Despite the clear Islamic precedent, for the the young chai wala neither option—violently avenging his father’s murder or continuing to live in poverty—seemed appealing, and the audience was left with uncertainty about his future decision.

All he [the young chai walla] has is questions and this is what we wanted our audience to take back home. The situation is not as simple as many sitting in America think it is. People in Pakistan like to live a peaceful life like people in America. … The ‘circumstances’ by which common people have no control over shape their future and force them to walk on paths which they never wished or asked for. The play was an appeal from the common people of Pakistan to the common people of America.

When asked about the audience’s response to the performance and the play’s goal of encouraging sympathy for a variety of perspectives, Anjum told me that, “they had more questions then answers, which I think is a success.”

Given the divisive attitudes and hostility related to Islam in many parts of the world, it was particularly refreshing to be presented with a very real and balanced depiction of Pakistan. Instability, violence, and corruption are realities, but the world outside Pakistan’s borders rarely sees the complexities of the decisions that ordinary Pakistanis make on a daily basis. Six Rupee Bullet provided the entire audience with access to understanding the many voices that make up Pakistan, and a greater knowledge of the role Islam plays in the lives of average people.

What do you think of the relationship between culture, religion, and economics in Pakistan? How do U.S. drone strikes influence the way Islam has been interpreted and practiced in Pakistan? Why do you think the arts have become one of the primary modes through which Pakistanis communicate with outsiders? Please share your comments below.