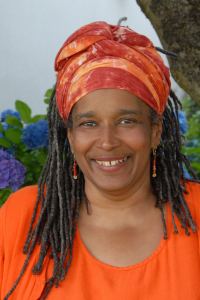 It sounds ridiculous to many and even Dr. Ann Holmes Redding herself laughs when recalling the moment. In 2006, Redding, an Episcopal Priest, invited a Muslim leader to present a class at the church in Seattle, Washington, where she directed the education programs. There she learned an Islamic zikr, or meditation technique. That experience was an opening to the call.

It came with such clarity and such power, that I could understand it as nothing else but an invitation from God.

Redding recently spoke with me about her unlikely spiritual journey, and the blessings and challenges that she’s been presented with as a result of her dual Christian and Muslim identity and practices.

Redding, who received her doctorate in New Testament in 1999, began learning more about Islam and eventually started performing salah, or prayer, five times a day as a Muslim, while still attending church as a Christian. After 25 years of being an Episcopal priest, Redding was defrocked by the church, formally removing her rights as an ordained minister. The story garnered coverage around the globe, and ABC even ran a piece on Redding’s spiritual transition. Although she’s received support from a number of individuals and institutions, Redding’s path has presented her with a number of challenges, and at times deep pain.

Her experience led to an invitation her to co-author Out of Darkness into Light: Spiritual Guidance in the Qur’an with Reflections from Jewish and Christian Sources with other spiritual seekers who have embraced an interreligious life. I asked Redding about her journey and any advice she had for those who have also faced challenges from embracing two or more religious traditions.

Inside Islam: Are there ever any conflicts between your Christian and Islamic beliefs or practices?

Redding: There are some practical struggles. For example, on Sundays during Ramadan. In my Christian tradition, Sundays are always feast days, so you don’t fast on Sundays. But for me, because Ramadan only happens once a year, Ramadan takes precedence over Sundays. What keeps me from anxiety is knowing that my intention is to serve the One. As long as God knows my intention, I’m willing to be held accountable, and if my intention is to serve that one, I trust God’s faithfulness.

II: Do you experience a different kind of connection while performing Christian or Islamic prayers?

Redding: In a certain sense, my subjective experience of prayer is pretty unified because … I’m always praying to the same One. … I don’t have a different sense of connection to God in the two different experiences. It’s like praying in two different languages, … literally, because I pray in English and Arabic. … My reality from praying with Muslims and praying with Christians is that we’re all on the same side no matter how it appears. Any appearance otherwise is the result of the consequences of human shortcomings. God has made us diverse, but God has not set us up as warring factions. 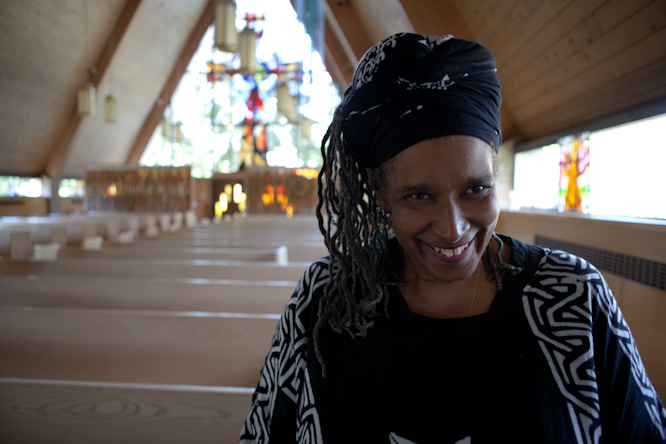 II: Does it ever get confusing?

Redding: It’s one of the biggest privileges I’ve ever been given to be invited into Islam. It doesn’t seem in any way to detract from my identity as a Christian, from Baptism. I renew my baptism vows regularly and I experience my embrace of Islam as a deepening of my vows. I don’t really worry. … I’m honored to need bifocals. It’s my own tailor-made prescription, not one that I’m handing out. But I think that there’s a purposefulness to the invitation. … My personal religious life is communal property as a priest… I’m not better or any more gifted. It’s a job with a certain kind of transparency, so that I share with others what it looks like to be in a relationship with God. And God hasn’t taken back that job, and God hasn’t disowned me since I was defrocked. It looks to some as confusion and others as betrayal, but to others it looks like hope and new creation in Christian terms, and an ayat (sign), in Islamic terms, of the purposefulness of God’s diversity. It’s nothing new. People have been doing this for centuries, holding these two traditions in various ways.

II: What words of advice can you give to others who are struggling with their connection to embracing two or more distinct spiritual traditions?

Redding: It’s a conversation that goes on, rather than a battle. Even though sometimes it feels like a battle, but often that comes from outside. … To those holding two traditions, it’s a gift and it’s a precious gift. Rather than look at it as a battle, I just talk about having an ongoing Muslim-Christian dialogue inside of me. … They kind of argue and ask questions and point out questions. … I was taught very early on after the convergence that when people give me their passionately held views on some teachings … [that I should] say alhamdulillah (Praise be to God) and thank you, and continue to figure it out by myself; not to let their worry be mine. I am appreciative that people care when they instruct me, but one of the big challenges for people who have dual associations is when other people get worried. And so the biggest piece of advice I can say is that don’t let other people’s worries become your own. Focus on your own soul.

What struck me more than anything during my conversation with Redding was her patience and her natural inclination to speak lovingly towards even those who judged her harshly and aggressively. She seemed to embody the forgiveness and love that are emphasized in the Qur’an and practiced by the Prophet Muhammad. Although she faced significant challenges since her spiritual transition during the mid-2000s from both internal and external forces, Redding sounded calm and confident when she told me that “there have also been many people that have greeted me as something that opens up possibilities and hope.”

What do you think of Redding’s story? Do you think it’s possible to be both a Christian and a Muslim? If it seems impossible or incorrect, what specifically concerns you about Redding’s beliefs and practices? If you have embraced more than one faith tradition or know someone who has, how typical are the challenges and benefits that Redding has experienced? Please share your thoughts below.