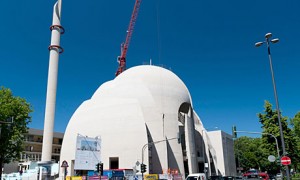 But on Tuesday, a German court in Cologne condemned the practice of circumcising boys, saying that it violates a “fundamental right to bodily integrity.”

Although the ruling does not constitute an outright ban, it will certainly discourage doctors from performing the procedure for fear of prosecution. The court ruled that bodily rights trump religious rights, saying that Jewish and Muslim men who want to follow their religions can make the choice to get circumcised later in life. However, it did not specify at what age boys would be able to make that decision.

According to the court ruling:

The ruling comes out of a case involving a 4-year-old Muslim boy whose circumcision led to medical complications. Although the doctor was charged with “grievous bodily harm,” he was acquitted, and the judge came down against the parents’ right to decide to have their child circumcised.

There are about 4 million Muslims and 120,000 Jews in Germany, but as of now, only those in Cologne will be affected. Many prominent Germans, including foreign minister Guido Westerwelle have been critical of the ruling. He said:

Germany is an open-minded, tolerant country where religious freedom is firmly established and religious traditions like circumcision are considered an expression of religious pluralism.

Freedom of religion is highly valued in our constitution and cannot be the play-thing of a one-dimensional case law which, furthermore, consolidates existing prejudices and stereotypes.

Even the United Nations’ special rapporteur on religious freedom, Heiner Bielefeldt, weighed in on the issue, calling the ruling “nonsense.”

Many groups advocating for a separation of religion and public life have hailed the ruling as a victory, however. One called circumcision “religiously motivated violence against children.”

But others have argued that male circumcision does not constitute violence, and in fact, the World Health Organization even recommends male circumcision in certain countries. Since the basis of the ruling relies on the assertion that the practice of circumcision represents bodily harm, religious and other groups have dismissed the ruling as baseless.

The situation brings up several questions. First, does male circumcision constitute bodily harm? Perhaps more fundamentally, should parents be allowed to make the decision to circumcise their children?

At this point the implications of the ruling are still unclear. The court did not ban the practice, and its jurisdiction only extends to Cologne. But critics say the intention is to set a precedent for other courts, setting personal rights above religious rights.

What do you think about the court’s ruling? Does male circumcision constitute bodily harm? Is the ruling an effort to stifle religious rights, or is the court correct to argue that circumcision should not be carried out without consent? Do you think the ruling will have significant consequences? Please leave your thoughts and comments below.