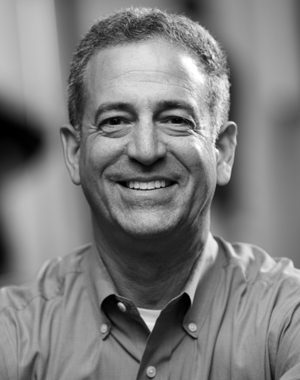 Former Wisconsin Senator Russ Feingold is known for taking on monumental challenges. In 2001 he was the only senator to vote against the Patriot Act. These days, Feingold has turned his attention to another cause—US foreign policy. At a talk in Madison, Wisconsin, about his new book, While America Sleeps, Feingold argued for increased American engagement with the rest of the world. He said 9/11 highlighted the importance of engaging and understanding the rest of the world, and criticized Democrats and Republicans alike for failing to heed the message.

In making his case, Feingold, a Jewish-American, did not lose sight of domestic issues, pointing out the impact 9/11 had on the lives of Muslim Americans. He likened the situation to Japanese internment during World War II.

In the last couple of years, there have been a number of incidents where people have used the issue of alleged Muslim extremism in this country to justify things like outlawing a mosque in Southern Manhattan, the burning of Qur’ans and most despicably, hearings held by Peter King in Washington specifically focusing on so-called Muslim terrorism, as opposed to the terrorism phenomenon in general.

Feingold bemoaned the fact that the post-9/11 era has made Muslims feel like second-class citizens in their own country.

Their hope is that they can once again someday feel like they’re not strangers in their own country. … Naturally, it must be very frustrating for Muslims to have their religion characterized in a way that is essentially wrong. Islam is not a religion of the kind that’s described by the political opportunists in this country.

Feingold also argued against the characterization of Islamic values as contrary to democratic values. He recounted his experience meeting with the Madison-area Muslim community after 9/11, but long before the Arab Spring.

The thing that really angered them was that we spoke of the virtues of democracy and human rights and women’s rights, and yet we supported despots throughout the Islamic world who did just the opposite. … Even though it’s not specifically about the religious element, it’s a very significant thing in terms of the way American Muslims and Arabs think about our international policy

What do you think of Feingold’s characterization of the post-9/11 Muslim American experience? Do you think having a popular public figure who is also Jewish talk about Islamophobia will bring more awareness to the issue? Will it make a difference? Please comment below.