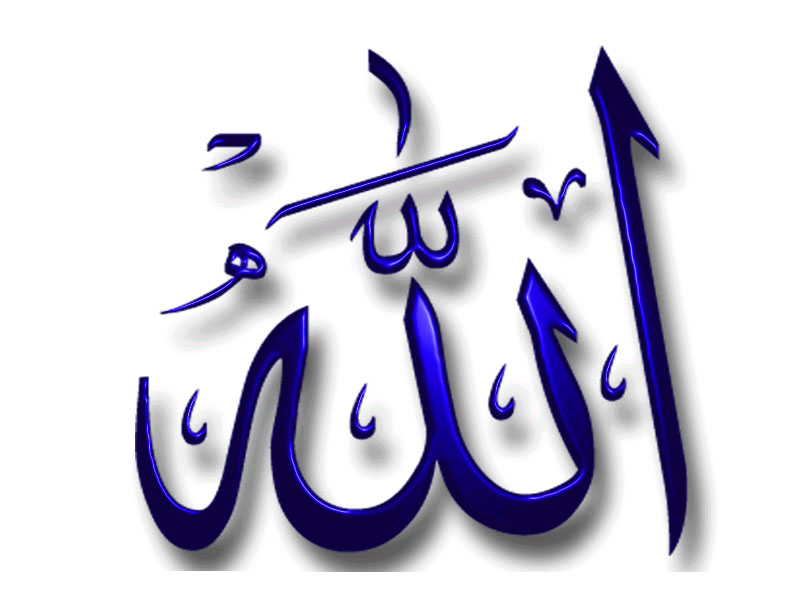 A Muslim’s relationship with God is central to their belief. In Islam, God (or Allah, the Arabic word for God) is beyond human comprehension but is also very close. In other words, there is a sense of both awe and intimacy in the relationship with the divine. Because God is considered to be beyond human comprehension, Muslims do not depict God. Rather, they use calligraphy to write out His name. There are, however, numerous verses from the  Qur’an and hadith that illustrate the closeness of God to humans.

One verse that is often cited to show this closeness is verse 16 of chapter 50 in the Qur’an:

We verily created man and We know what his soul whispereth to him, and We are nearer to him than his jugular vein.

Here the verse reminds the believer that God, as the Creator, is closer to the human being than a vital vein. Moreover, God knows the human soul and the struggles that it faces. In the Islamic framework, there is no being that is as close or has such intimate knowledge of the internal life of all humans.

There are also hadith that demonstrate this aspect of the relationship between human beings and God. In addition to the hadith attributed to the Prophet Muhammad, there are a group of hadith whose source is God. These hadith are called hadith qudsi, which means sacred hadith, and are sayings of the Prophet Muhammad that were revealed to him by God. In other words, God is speaking in these hadith. However, these hadith are not Qur’an. Many of these hadith focus on the relationship between God and believers. One hadith qudsi, in particular, shows this relationship:

On the authority of Abu Harayrah (may Allah be pleased with him), who said that the Prophet (PBUH) said: Allah the Almighty said:

In this hadith qudsi, there is a sense of closeness between God and human beings, where the actions of the latter will have a reaction from the Divine. This hadith underscores that God is generous because His response will be many times that of the human being. Moreover, it highlights the importance of thinking of God positively and His ability to assist human beings.

There are many other examples in the Qur’an and hadith that describe the relationship between human beings and the divine. In the Islamic worldview, God is known by various names and should be called on directly, thus the absence of clergy in Islam and the emphasis on His closeness to human beings.

What is your reaction to the above verse and hadith qudsi? What are other examples from the Islamic tradition that highlight the human-divine relationship? How do other faith traditions describe the relationship between human beings and the divine? Please share your comments below.

2 thoughts on “How to Think of God”