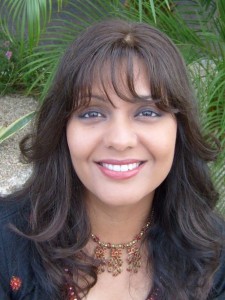 As Reem pointed out yesterday, many see a connection between the beating death of Shaima Alawadi and the shooting of Trayvon Martin because both hate crimes are connected to the clothes the victims were wearing. In light of that connection, this is the first of two posts this week that will examine hijab and the various perceptions associated with it.

Nausheen Pasha-Zaidi is the author of The Color of Mehndi and a doctoral student of international psychology at The Chicago School of Professional Psychology. Zaidi is studying the influence of the Muslim headscarf on perceptions of attractiveness, intelligence, and employability.

There is no argument among Muslim women that the headscarf is a necessary component of Islamic prayer; however, the incorporation of the hijab in public life continues to be an area of contention. Within the Muslim community, the hijab has often been used as a litmus test to determine the piety of Muslim women. Not surprisingly, women who wear the hijab are able to gain a higher level of social prestige within their Muslim communities, while the public display of their faith has made them more susceptible to discrimination in secular Western society. By publicly declaring their faith, those who adopt the hijab are often perceived as conveying a greater passion in their observation of Islamic practices than those who confine their religiosity to the private sphere. As a result, the decision to wear or not wear the hijab in public life has a profound influence on the identity and group affiliation of Muslim women.

Despite efforts to portray the hijab as a symbol of feminine strength that defies Western ideals of women as sexual commodities, the practice continues to symbolize oppression in the minds of many Americans. Muslim women often find this ironic as the notion of head covering is as much a representation of piety in the Judeo-Christian traditionas it is in Islam. Consequently, much of the discourse among women who choose to wear the hijab is the empowerment and liberation that the headscarf provides. It also begs the question: is hijab itself really the issue or is it just a reflection of the marginalization of Muslims in Western societies altogether?

Interestingly, according to one scholar, the negative perceptions of hijab in Western countries may be explained in part by its inability to be colonially modified into an acceptable form of attire by Western standards. Unlike the sari which was adapted to better fit with British expectations of dress, the hijab was worn by elite Muslim women who remained in “purdah” or seclusion, especially within the Mughal systems under British rule, so it had less opportunity to be molded to Western ideals. Of course, this acknowledges the criticism that Muslim practices are normed in relation to Western societies, thereby reaffirming Muslim “otherness” and highlighting the importance of power in defining acceptable behaviors.

The political and social implications of hijab have prompted researchers to explore this controversial phenomenon. One study published in 2010, for example, found that women wearing the hijab were rated by Muslim and non-Muslim men in Britain as less attractive and less intelligent than women not wearing hijab. Another study found that Muslim women in the US who wear hijab have lower expectations of receiving job offers, especially with jobs requiring high levels of public contact. My study addresses the influence of the hijab on Muslim women’s perceptions of attractiveness, intelligence, and employability in the US and the UAE.  As research on Islamic practices continues to grow, I think it’s important to uncover the perceptions that Muslim women hold regarding this topic, not just in Western countries, but in the Islamic world as well.

How does hijab influence your perception of a Muslim woman? Does your perception change depending upon where you see her? If you wear hijab, have you been treated noticeably differently than other Muslim women who do not wear hijab? Please share your thoughts below.

8 thoughts on “Perceptions of the Head Scarf”