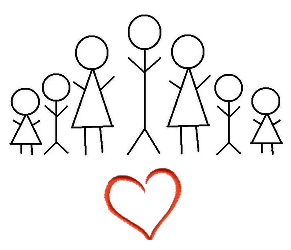 Tomorrow is Valentine’s Day in the US and, in recognition of that holiday, the next in our series of Inside Islam radio programs will feature Jean’s conversation with the co-editors of Love InshAllah: The Secret Love Lives of American Muslim Women, Ayesha Mattu & Nura Maznavi. (See the end of this post for information on how to listen and participate in the show.)

One of the authors in this collection of real-life stories about love, relationships, and dating, Asiila Imani, deals with the often difficult topic of plural marriages. We have written here about polygamy in Islam previously, but this is the first time we have heard from a proponent or participant in polygyny directly. Imani converted to Islam over 30 years ago and has followed the Jafari madhab for the last twenty. She is a strong proponent of polygyny and views it as an extended family that is most beneficial for women. The following is excerpted from Love InshAllah.

Ali became my spiritual advisor. He sent me books on the Prophet and the Prophet’s family and encouraged and helped my Arabic and Qur’anic studies. I read everything he sent me, which solidified my beliefs once again. I began to wear the khimar and identified myself with the Shi’a school of thought. Ali’s letters and phone calls came whenever I felt myself slipping back into doubt, and my faith in him grew alongside my faith in God.

We conversed about my son and about my plans to become a midwife; he told me about the communal business he ran with the brothers of his jamah, and their desire to live self-sufficiently.

Within the year, talk turned to marriage, both a hopeful prospect and a dreadful thought. Was I ready to do this again? Ali believed that both of my previous marriages had failed because he was my match. God meant for us to be together, he said. Our paths certainly had crossed many times, and we seemed to fit together perfectly, but for one thing––Ali was already married. 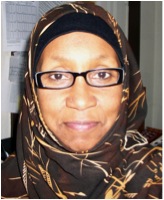 Even though I had heard that polygyny always ended in broken hearts, mayhem, and dismemberment, the idea of sharing a husband had never bothered me. I had never understood why women fought so much over men. If a man loved two women, the women could either leave or share him. I believed women should be confident enough in themselves that they wouldn’t need to be the sole object of a man’s affections. I knew there were men who loved and supported two families with equal devotion. To me, husband sharing sounded like the perfect blend of being married and single at the same time. I would have a loving partner to care for me, and time alone to care for myself. In every holy book I’d read, God was clear that love, unlike money, is infinite; it’s a metaphysical commodity that grows when shared. In short, polygyny seemed not an unholy aberration, but a sacrosanct communion between a family and God.

I realized that most other women did not share my philosophy, and I had already decided that I’d never marry a man whose wife did not agree with having a co-wife. Ali said his wife, Hajar, was an exception. He said she was fully aware of our relationship and supported it openly. Learning that eased my worries some, but I still had to hear it from Hajar herself.

Hajar and I had spoken many times before, and so, during our next conversation, I asked her what she felt about the idea of our sharing Ali. I began uncomfortably, unsure of what to say, but Hajar was quick to put me at ease. She told me that she had traveled to Africa when she was younger and lived with a polygynous family. Seeing the community they had together, she knew that she wanted a marriage like theirs. Ali had told her soon after they met that he felt obligated to marry more than one woman; there were too many single women in the ummah for him to care for just one. Hajar agreed, and said she believed that I was the right woman to join their family. She invited me to visit them in San Diego, to see their home, meet the rest of the family, and feel what it would be like for it to be mine, too.

I bought a ticket and scheduled a two-week visit to San Diego.

What do you think of Imani’s decision to create a family within a preexisting family and become the second wife of Ali? Are there a shortage of Muslim men to marry in the US? Islam obliges men to treat their wives equally; however, US law prohibits the legal recognition of polygamy. Are there other ways that Muslim men with more than one wife can ensure equity without a recognized legal framework for medical rights and so on?

You can read Imani’s full essay and stories from other Muslim American women on the Love InshAllah website. And you can hear more about this collection on tomorrow’s Inside Islam radio show.

6 thoughts on “Polygyny: For the Benefit of Women”