Come, come whoever you are.
Wanderer, worshipper, lover of leaving.
It doesn’t matter.
Ours is not a caravan of despair.
Come, even if you have broken your vow a hundred times.
Come, yet again, come, come.

Rumi’s words, translated into countless languages, constitute one of the most profound vehicles through which Muslims and non-Muslims alike have understood Islam. This particular quote captures the forgiveness, mercy, and compassion of God, all foundational principles within Islam.

Muslims usually begin any prayer with bismillah ir-rahman ir-rahim, or “in the name of God, the Compassionate, the Merciful.” Rahim refers to the compassion and forgiveness that God has for all of humankind. For Muslims, God’s forgiveness is endless, and it is believed that God will readily accept those who seek forgiveness during their lifetime. 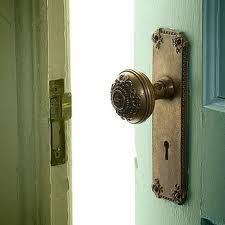 Many reverts to Islam are encouraged by God’s “open door policy” and understand their past actions as forgivable digressions from their original state, or fitrah. Upon taking the shahadah, or proclamation of faith, it is said that all past wrongdoings are wiped clean and one starts afresh. Muslims performing hajj with an authentic intention are also said to be forgiven by God for their past sins.

Not unlike Christianity and other faith traditions, Islam uses God’s forgiveness as a tool for dawah, or proselytizing. But Islam’s “open door policy” is most powerful for those who struggle as Muslims at any point of time during their life. No matter what one does, if a person is sincere in their request for forgiveness and their worship of God during their lifetime, they may be forgiven.

Although a turbulent life of constant digressions from sirat al-mustaqim, or “the straight path,” is viewed as a journey of great difficulty, it is not looked down upon condescendingly in Islam. Mistakes and regrets are seen as a part of the human experience, and the door to God is said to always be open. In Islam, God has given human beings free will, and it is up to each individual to walk through the door under their own volition and to do so as frequently as they can or desire.

Some claim that this “open door policy” is flawed, as one could cunningly accept God at the very last moment before death. That is, one could live a life of unchecked “pleasure” and unaccountability, while ensuring a comfortable afterlife with the simple acceptance of God’s existence during the final moments of life. However, while it is true that God may forgive those with sincerity in their hearts, the real loser is a person who has intentionally lived a life away from God. For Muslims, a life without God in one’s heart is a life of pain, of self-imposed imprisonment.

Those who have experienced the love of God at any point in their life, whether Muslim or non-Muslim, commonly describe the compassion they feel from a force beyond human comprehension. Some describe a bright light, others a sensation in their heart, and some feel nothing that they can describe in words. In Islam, accessibility comes in the form of walking through the door, and the journey is said to begin with the opening of one’s heart and soul.

What do you make of Rumi’s poem? Do Rumi’s words relate to other faith traditions and their own understanding of a higher power? What does Islam’s “open door policy” mean to you? Please share your thoughts below.