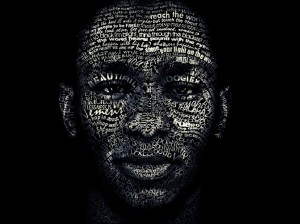 Bey was exposed to Islam early on at the age of 13, part of a wave of urban African-Americans who embraced the Islamic faith in the 1980s and 1990s. As his music and film careers flourished, so too did his faith. His recent announcement to identify as Yasiin Bey reflects his increasing interest in representing himself to the outside world in a way that reflects his inner being. (The name Yasiin is significant in Islam, as Yasiin is the 36th sura, or chapter, of the Qu’ran, and is referred to by many Muslims as the heart of the Qur’an, since it states the central arguments for the belief in God.)

[I don’t want] to deal [any more] with having any moniker or separation between the self that I see and know myself as. 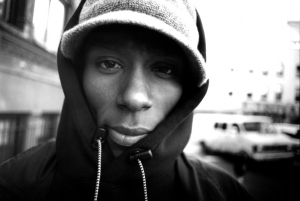 Although Bey holds a great deal of influence within the hip hop world and was also recently named one of the 500 most influential Muslims for 2011, not all famous Muslim reverts and converts embrace their Muslim identity in the same way. There are a variety of perspectives on publicly representing oneself as a Muslim, especially when living in a Muslim-minority country, some more vocal than others. Some of the more famous Muslims to embrace Islam later in their lives did change their names, like Muhammad Ali (formerly Cassius Clay) and Yusuf Islam (formerly Cat Stevens), while others decided to keep their birth names or, as in the case of Snoop Dogg, the stage name with which they were most associated.

Some criticize reverts or converts for keeping their birth names, often citing their Christian origin as the reason. One Muslim recently wrote,

Because names have meanings, it is wise that there should be a proper connection between the meaning of the names and the object that is carrying the name. … If the name carries a meaning implying servitude to someone other than Allah, then these names must be changed, because it is not permissible to be a slave of someone other than Allah, and because all of creation belongs to Allah and is subjugated to Him.

Others contend that while Islam should be the most important aspect in a Muslim’s life, cultural markers and family history should also be recognized. Names are one of the most significant aspects of an individual’s personal identity and heritage; it’s important for many individuals to publicly acknowledge this through the use of their birth name. This position’s strongest argument stems from the fact that there is no Islamic law or obligation for newcomers to take Muslim names.

For many of Bey’s fans, the decision to go by the Muslim name Yasiin wasn’t all that surprising, especially given his increasing public display of Muslim identity through his music. The inclusion of Arabic prayers in his 2009 album, The Ecstatic, was one of the clues.

I’m a private person, but I’m certainly not ashamed of what I believe. To not speak about my faith for fear of reprisal would be terrible. If people are uncomfortable with my Islam, they should check themselves.

Many reverts or converts to Islam face a few significant lifestyle decisions that the majority of the world’s Muslims rarely consider. The issue of changing one’s name is often one of those challenges. Only Bey and God really understand the reasoning behind his transition from Mos Def to Yasiin during his 19th year as Muslim. What’s clear, however, is that his story is unique, as are the 1.6 billion others that make up the Muslim ummah.

Is your name important to you, and if so, in what way does it speak to your identity? If you changed your name after your childhood (for whatever reason), what was your motivation and how was your transition perceived by your family and friends? If you changed  from a non-Muslim to Muslim name, did this influence how others viewed you? If so, how?