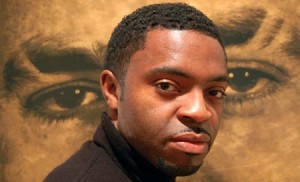 According to Merriam-Webster’s Online Dictionary, to “convert” means “to bring over from one belief, view, or party to another; to bring about a religious conversion” while to “revert” is “to come or go back (as to a former condition, period, or subject); to return to the proprietor or his or her heirs.” Both terms are commonly used to describe those who embrace Islam as teenagers or older, whether they are new to the faith or returning to it.

In Islam, it is believed that all people are born with a natural spiritual instinct and love for God, called fitrah (the physical component of fitrah is the human body in its beauty and perfection as created by God). Babies are said to have a natural inclination for tawhid, or Oneness, and thus a reversion later in life is the intentional desire to return to this pure state of existence. It is for this reason that many Muslims prefer to say that they have reverted to Islam instead of converted.

During a recent Inside Islam radio show, internationally acclaimed performance artist Faisal Abdu’Allah (born Paul Duffus) spoke of his Islamic spiritual awakening and his own preference for the term “reversion”:

[I] began to breathe a consciousness into myself … and realized that I was a different animal; I was a person who had a sense of purpose, … who could articulate my concerns of the heart. … I call it “reversion” because “conversion” means to go from one thing to the next, but I kind of reverted back … to the religion of my ancestors.

When most people speak of reversion in Islam, they are referencing their intentional desire to recognize and embrace fitrah. Interestingly, Abdu’Allah’s understanding of reversion in the interview was more of a reference to going back to his heritage and roots. His understanding of black history was a pathway of sorts to his connection or reversion to Islam, the religious tradition of his ancestors. This is just one example of how complex these seemingly simple issues can be.

Are you a revert or convert to Islam? If you define yourself in a different way, what words do you use to identify as a Muslim? What do you think of when you hear the words “converted to Islam”? Do alternate images emerge from the words “reverted to Islam”?

4 thoughts on “Can Someone “Convert” to Islam?”