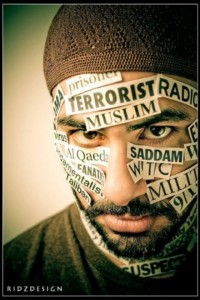 Islamophobia Today, one of the leading blogs covering anti-Muslim sentiments worldwide, recently published an article on the latest terrorism figures from Europol. The European law enforcement agency released their annual EU Terrorism Situation and Trend Report, citing “Islamists” as having carried out less than one half of one percent (0.005%) of all terrorist acts (1o out of 2,139) committed in Europe from 2005 to 2010. Interestingly, the report notes that “Islamist terrorism is still perceived as the biggest threat to most [EU] Member States.”

That perception, as divorced from reality as it is, seems to only get more and more entrenched. Reem and I have written extensively about a host of topics related to ignorance, prejudice, hatred, and violence against Muslims and Islam, but a recent statement from American comic Dennis Miller made me wonder how far things can go without anyone really noticing or caring.

If you missed Dennis Miller’s comment, you can listen to his conversation with Fox News’ Bill O’Reilly below. [audio:https://insideislam.webhosting.cals.wisc.edu/audio/dStory/dennismiller.mp3]

Miller’s comments are far from an isolated example. In just the past few weeks, several appalling  comments and accusations against Muslims and Islam have been made by mainstream American politicians and media personalities. Then-presidential Republican Candidate Herman Cain exclaimed “Hallelujah…Thank God” upon learning that his Lebanese physician was of Christian, not Muslim, origin. Political activist Pamela Geller accused Butterball of promoting “just the opposite of what Thanksgiving represents,” through their sales of halal turkeys that meet Islamic dietary requirements. And to top things off, Republican Tennessee State Representative Rick Womick called for Muslim-Americans to leave the country.

So my question is this: how low is the bar? What exactly can mainstream Americans get away with saying about Muslims and Islam? Apparently quite a lot, but I’m curious to know how much hatred and discrimination can be openly stated without any real ramifications? Of course different media outlets will tolerate varying levels of hatred from others, but in general, what level of discrimination is allowed among the majority of the American public?

Please share your thoughts below. Is it acceptable for someone to openly call for Muslims to be place in internment camps, in line with how Americans of Japanese descent were treated during World War II? Can major American pop icons say that they think Islam and Muslims are backwards and violent and not have their ratings and popularity fall? Have you ever experienced a situation where someone’s intentional public display of Islamophobia was actively or passively supported by those around you?