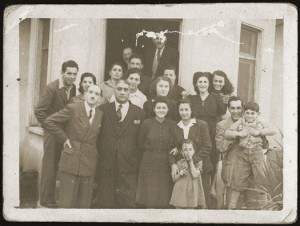 Few know about the role this small, mountainous country played in driving out Nazi occupation or how Jews fared in this Muslim-majority Balkan nation during the Holocaust. In 2002, the famous Jewish-American photographer Norman Gershman traveled to Albania to document and understand the Muslim-Albanians who were instrumental in saving Jews from being killed. Gershman toured the country speaking with Muslim-Albanians and the families of Muslim-Albanians who sheltered Jews from the Nazis. He later traveled to Eastern Europe and Israel to speak with those who were saved and to capture their stories through photos and an upcoming documentary film following the return of Hebrew books kept from Nazi authorities by a Muslim-Albanian family.

An even more incredible element of this story is that Albanians didn’t just take Jews into their homes and hide them in the back closet; they literally made them part of their own family. Gershman explains: 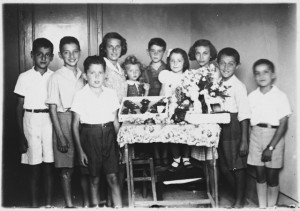 Most remarkably, this was all done with the consent and support of the entire country. Thousands of Jews, hidden in plain sight–everyone knew–and no one told… There was no government conspiracy, no underground railroad, no organized resistance of any kind–only individual Albanians, acting alone, to save the lives of people whose lives were in immediate danger… The rescue of Jews in Albania was a unique experience in Holocaust history as Jewish refugees fleeing Hitler were welcomed not as refugees but as guests.

In this video clip (from 1:35 onwards), Gershman recounts the story of a Muslim-Albanian who risked his own life and the threat of authorities burning down his entire village in order to save a young Jewish boy from being caught.

For Albanians of all faiths, protecting Jews during the Holocaust was anything but extraordinary. It was part of besa, the Albanian honor code that requires individuals to protect anyone in danger regardless of religious or political affiliation, and to treat them as part of the family. Ali and Nadia Kazazi explained how faith and besa played into their family’s decision to take Jews into their home during the Holocaust:

The story of Albanians saving Jews during the Holocaust is beginning to gain more attention. President Obama’s Special Envoy to Monitor and Combat Anti-Semitism, Hannah Rosenthal, recently met with Albanian Ambassador Gilbert Galanxhi to discuss the Holocaust memorial being build in the Albanian capital, Tirana. The 2011 Hours Against Hate initiative appropriately highlights some of the underlying principles of besa, and we’ll be exploring this in our upcoming radio show on November 29 with Rosenthal and her colleague, Farah Pandith, US Special Representative to Muslim Communities.

The 2011 Hours Against Hate and similar initiatives demonstrate that Gershman’s timeless message goes well beyond race, religion, and geography. His photos and upcoming film, Besa: The Promise, display the compassion that we all have within us, and seek to tell the entire world of the Muslim-Albanians who demonstrated the humanity that each of us can embrace and enact in our own communities.

To view more photos of Jews saved by Albanians during the Holocaust go to the US Holocaust Memorial website and enter the search terms “Jews, Albania.”

Have you heard of this story before? If the message of besa and the history of Muslims saving Jews becomes more recognized around the world, could this have a real impact on tensions between Muslims and Jews? How does besa relate to the principles of Islam?

3 thoughts on “Majority-Muslim Albania and the Holocaust”