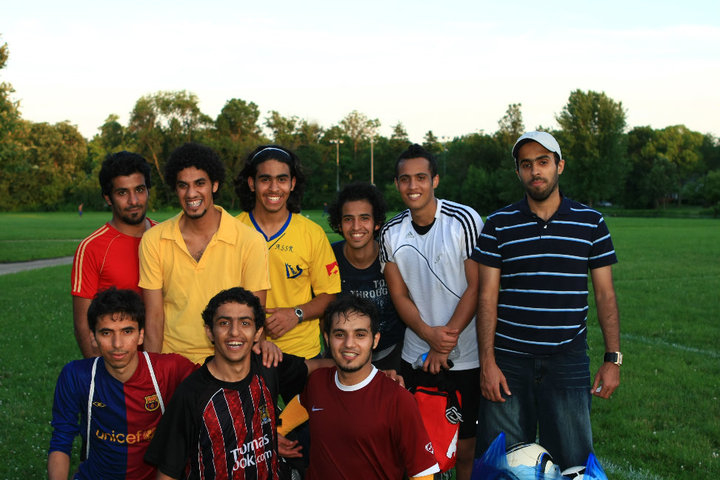 Thousands of Saudi Arabian students are learning English in the U.S. under the King Abdullah Scholarship Program.

Sally Jolles is a PhD candidate in Cultural Anthropology at the University of Wisconsin-Madison, and is currently researching Saudi students living and studying in the United States. Jolles interviewed two Saudi men in their 20’s and 30’s studying English in Madison, Wisconsin, through the Saudi Arabian King Abdullah Scholarship Program. The following statements are unedited transcriptions from their recent conversation related to women’s rights in Saudi Arabia. The names of the speakers have been changed at their request.

Sally: So, recently King Abdullah said that he was going to give women the right to vote and also to be on the Shura Council. What do you think about that?

Salman: I think it’s a good step for the women to get involved in the Shura and you know there is an expression in Arabic: “You cannot walk with one foot. You have to walk with two feet,” and we need women to get involved with men, and that will make things in balance and we can develop things together. For women to be in there, it’s really important for our society.

Sally: [Farid], so what was your reaction to the whole women will be able to vote [thing]?

Farid: Well I really like it personally. But to people in Saudi Arabia, if they like it or not, I’m not sure. When I read about it, I asked my host family mom, “have you guys been in a period of change in America?” and she said “Yes. Before 1980, women can’t buy anything without a man’s signature. After 1980, women can buy anything… by herself [themselves].” So I tried to picture Saudi Arabians the same way. [I] Picture Madison right now, and Saudi Arabia [being similar] after 10 to 20 years. I think this is the first step to changing Saudi Arabian society.

Sally: [Farid], how do you think it’s going to affect the women driving issue?

Farid: People are driving everywhere in Saudi Arabia. We should focus more on [the] policy department, how they deal with women and all these things. After awhile I think women driving would be great. There will be a need for brothers, and all members of the family. After a while, women should be able to drive by themselves.

Sally: Do you think this will change the way women go about their daily lives?

Farid: In Saudi Arabia, a lot of families have special drivers. If they want to go to the mall, or the park, if they want to, they can do it. It’s actually depending upon the family and how you were raised that affects your behavior. It’s your family. But it is going to be a problem. People are going to protest, but we need to change.  We need to be like other people, other countries. If you look at the history of America, France, probably in other Arabic countries, like Egypt, there is a big change that moves them beyond their past…. If you ask me if now is the time for women to drive in Saudi Arabia, or if it will take some time, I think now is not the time. It will take some time.

What do you think of these two perspectives? Do you think Salman and Farid’s opinions are representative? In 20 years, can Saudi Arabia transition into a society that allows women the same rights as those living in present-day Madison, Wisconsin? Please offer your comments below.

7 thoughts on “Women Driving and Voting in the Kingdom: Two Saudi Male Perspectives”