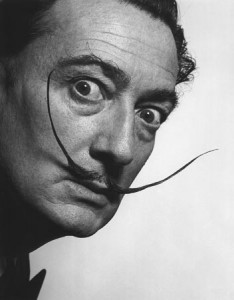 Today, Thursday, October 6, Luis Bernabé Pons, Professor of Arabic and Islamic Studies at the University of Alicante in Spain, will be speaking about Islam and Christianity in 16th century Spain. The event will focus upon the Lead Books of Sacromonte and will take place at the Pyle Center in Madison Wisconsin @ 7 PM.

Earlier this week, Reem and I had the privilege to speak with Luis Bernabé. We discussed a variety of topics related to the history of Islam, but his presentation exploring the history of the Occident‘s misrepresentation of Islam stood out the most.

Luis Bernabé outlined three primary historical periods when Muslims and Christians had direct contact with each other: the Crusades (11th-13th century), Al-Andalus and its loss (the majority of present-day Spain was under Arab Muslim control from the 9th-14th century), and the conquest of Egypt by Napoleon (late 18th, early 19th centuries). It is from these periods that Bernabé says “there is a historical misunderstanding that remains in our minds.”

Aside from a couple of positive portrayals related to Arab governance of Iberia and Sicily, much of Western historical memory of Muslims and Islam has been negative. Bernabé spoke of the extensive vocabulary used by the West to describe Muslims and the implicit inferiority implied through terminology. He also showed us examples of images of western cultural symbols and texts that refer to Islam and Muslim in a derogatory, if not sub-human manner.

In the Church of Our Dear Lady in Belgium, a 17th-century sculpture depicts angels trampling on the Prophet Muhammad, emphasizing Christianity’s superiority and its ability to conquer Islam and the “false Prophet.” Even the great 20th-century Catalan painter Salvador Dalí created a piece that depicts the Prophet Muhammad in a gruesome way, based on the text of Dante’s Divine Comedy. These are just two examples, but they both point to an underlying theme: the acceptance of a highly negative, if not violently hateful narrative of the Prophet Muhammad, Islam, and Muslims. The more recent western hate against Muslims originated almost 1000 years ago during the Crusades; the commonplace perception of Islam being a backwards religion is anything but new.

However, not all Western depictions of Islam and Muslims are so easy to categorize as simply derogatory. Bernabé showed us images of European paintings and spoke of literary passages that portrayed Muslim men as lavish rulers consumed with luxury and the pleasures of women. In some ways, there was a “rediscovery” or “recreation of the East,” as Bernabé put it, where western painters and travelers captured the “mysteriousness” of harems and “softness” of Muslim empires. In some examples, it almost seemed that these painters saw themselves as “progressives,” reframing Muslim men as “sophisticated,” sex-crazed gluttonous beings, compared to the ignorant, violent Muslims framed in past western depictions.

The tradition of negative and hateful representations of Islam and Muslims in the West is alive and well. It’s obvious when Islamophobic extremists beat the drum of ignorance, but it is sometimes more difficult to remain aware of micro-aggressions or more subtle indignities (whether intentional or unintentional), and to recognize the millennium of history that has informed such behavior and statements. Bernabé, a scholar of Islamic and Christian history, may have a greater repertoire of knowledge than most, but recognizing and condemning the hateful historical past (and present) should be the work of everyone, both Muslim and non-Muslim, Westerner and non-Westerner.

What is the significant of Luis Bernabé‘s scholarship in the context of present-day European identity crises? Do you see negative cultural depictions in your own western community? Please share your thoughts below.

2 thoughts on “The History of Hate”