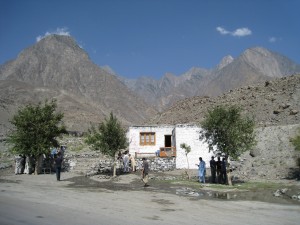 For those who lost loved ones on September 11th and the operations and wars that followed, the death of bin Laden is likely to spark a range of emotions, with a likely sense of relief and reminder of pain. And regardless of how one was affected by that dark day–whether in Manhattan, Manchester, or Manila–this is a time to reflect, to step back from all that has happened and think about how each of us relate to September 11, 2001, and now, May 1, 2011.

Personally, the death of bin Laden brings me back not to September 11th when I was sitting in Ms. Chinn’s calculus class as a Senior in high school. Last night’s event take me back to late January 2007 on a day when I was riding a local bus from Islamabad to Gilgit in northern Pakistan. The accompanying passengers on the bus were all local Pakistanis, many of them with long gray beards dressed in typical pathani shalwar kameez garb, popular for its modesty, and breathability in hot weather and warmth in cold weather. Despite bin Laden being of Yemeni Arab descent, to say that many men sitting next to me did not resemble him in dress and physical appearance would be a lie. But that was where the resemblance ended. 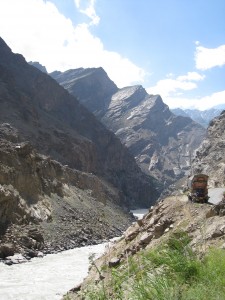 Our first stop in our 24-hour journey was near Abbottobad, the town where bin Laden was reportedly killed on May 1. I got out of the bus, stretched my legs for a few minutes, drank a cup of chai, and reboarded. Five or six hours later at the next rest break, many of the men on the bus begged me to remain on board, and to look preoccupied, or better yet, asleep. When I asked why, most responded, “Taliban. Even we don’t get off the bus at this stop.” While it’s important to remember that the Taliban are not the same as Al Qaeda, as most violent “Islamic”extremist organizations have very different political and social objectives, that wasn’t of primary concern to me while sitting on the bus parked outside of a Taliban stronghold known to the general Pakistani public. I just wanted to get to my final destination in the stunningly beautiful Hunza Valley.

When news of bin Laden’s death surfaced last night, I immediately contacted my friends in Pakistan to gauge their reaction. One friend living in Peshawar wrote that “given Pakistan’s problems of inflation, energy shortages, and unemployment, no one really cares.” But we should remember that the combined number of civilian casualties from terrorist attacks from  2001 to 2010 in Pakistan was more than twice the number of those killed on September 11th, even when excluding innocents killed through US drone strikes. Pakistanis continue to be terrorized by violent extremists daily, and in the three separate times I have visited Pakistan from 2005 to 2009, not once did I ever hear anyone publicly state their support for bin Laden and extremism.

While the lives of the men on that Gilgit-bound bus and mine are noticeably different in some ways, we share the most important core concepts of respect for human life and compassion for strangers, loved ones, and anyone else. Bin Laden and others like him will be missed by neither Americans nor Pakistanis, or 99.9% of anyone else for that matter.

Instead of waving American flags and engaging in inappropriate displays of machismo, let’s reflect upon what feelings these events bring up for us, and what that says about who we are, and how we view other people and value human life.

11 thoughts on “Celebration or Time to Reflect?”