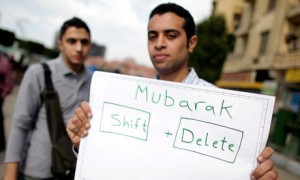 The New York Times recently rolled out a short video compilation highlighting an array of young Arab perspectives on the revolutions that continue to sweep across the region. A New Arab Generation Finds its Voice documents two-dozen young men and women from Benghazi to Baghdad, and displays the variety of opinions Arab youth have about the future role of Islam in democratic societies, and the sacrifices that led to the present political situations.

The western media writes a great deal about young Arabs around the Middle East, but very rarely do we actually hear from these men and women directly. The New York Times videos are a good start in exposing Americans and others to the variety of perspectives that exist. It is only the images and voices of Arab youth themselves that can represent their true diversity.

What do you think of the opinions in A New Arab Generation Finds its Voice? Was anything surprising? Do the contributors to the videos represent an accurate cross-section of young Arab men and women?