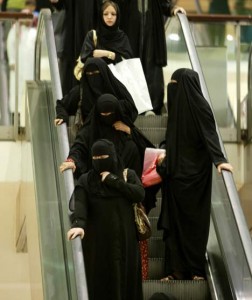 In the past two decades, a large number of wealthy and highly educated (mostly) males from Gulf States (Saudi Arabia, Bahrain, UAE, etc.) have attended top universities here in the U.S. Many of them leave a land where women are barred from driving, a special police force monitors dress behavior in malls, and literalist wahaabi Islam continues to flourish. When they arrive on university campuses here, many of these young men are overwhelmed by the high visibility and frequency of sex and drugs. 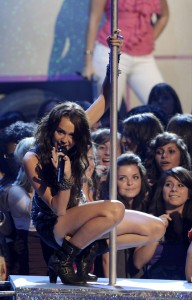 Saudi and American culture, each strangled by their own problems dealing with sexuality, have done a disservice to their populace, and the young men who have suddenly stepped from one world into the other face severe challenges. In the U.S., even the Disney Channel uses scantly clad, sexually suggestive young women to advertise its products. Mass consumerism is filled with sexual images and the objectification of women. According to the American Society of Plastic Surgeons, more than 1 out of every 1,000 women received breast implants in 2010.

In Saudi Arabia, it’s seemingly the opposite. While a higher rate of women than men are graduating from Saudi Arabian universities, only 5% of the workforce is female. Images of women, modestly dressed or not, are rare. Saudi men are obsessed with women in a different way from American objectification, and feminine temptations are constantly criticized as being the cause for many of society’s ills.

One of the most famous satellite sheikhs in the world fell victim to the extremism that Saudi and American cultures facilitate. Having grown up in a conservative household, even by Saudi standards, Sheikh Ahmad al-Shugairi attended college in California. A practicing Muslim before he arrived in California, al-Shugairi’s habits changed, and he began to drink and chase women.

Some time after he returned from the U.S., divorcing a woman he married while there, al-Shugairi came back to Islam, and started down a religiously extremist path. Al-Shugairi says that he eventually found balance and realized that a conservative, middle path was the best approach he could take. Charismatic and relatively hip, al-Shugairi started a show in 2002 called Yalla Shabab, or “Hey, Young People,” which eventually led to his current show Khawater, or “thoughts,” which speaks of simple, practical ways to live out the principles espoused by the Prophet Muhammad 1400 years ago. Broadcast around the world in Arabic, al-Shugairi’s messages cover topics that others may not speak about, like sex, and has gained a wide audience of young Muslims across the Middle East.

Al-Shugairi’s story is interesting, but also alarming. It demonstrates the warped and dysfunctional systems of sexuality that many young Gulf Muslim men encounter when moving to the U.S. from their native countries. While strikingly different cultures, there are frightening similarities of female objectification and sexual extremism in both the U.S. and Saudi Arabia. Economic and security interests have awkwardly aligned the two nations, but it may also be of mutual benefit for these two societies to begin a dialogue about a healthier approach to sexuality–for Muslims and non-Muslims alike.

What do you think about sexuality in the U.S. and Saudi Arabia? If you live in Saudi Arabia or have traveled there, please share your thoughts. What does Islam say about a healthy sexuality?