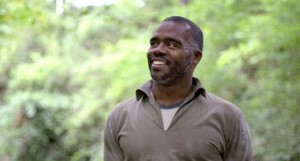 Following his appearance on a recent Inside Islam Radio Show, Ibrahim Abdul-Matin–environmental activist and author of Green Deen–spoke to a large crowd at the University of Wisconsin-Madison about Islam’s obligation for Muslims to care for the planet. The event drew Muslims and non-Muslims of all ages, and Abdul-Matin’s presentation matched the practical approach of his book.

Abdul-Matin’s talk focused on many of the concepts in his book. The four segments of Green Deen–analyzing  waste, energy, water, and food–highlight the Islamic principles that serve as pillars for promoting eco-consciousness:

Abdul-Matin’s foundation is obviously Islamic in nature, but he spoke to action that can be taken by all members of the audience, not just Muslims. Citing impoverished black communities in the south that received a disproportionate amount of waste from the 2010 BP oil disaster, he called for the privileged to take a stand and protect those most affected by corruption and other injustices that lead to pollution and poor environmental conditions.

When asked if an interfaith-based national coalition of environmental activists could mobilize and significantly influence policy, Abdul-Matin emphasized his role in shaping the Muslim-American community specifically, implying that more work needs to be done within individual faith-based communities before large, interfaith efforts can have a considerable influence.

For example, he encouraged Muslims to “Green” their Deen in 30 days. During Ramadan, millions of Muslim-Americans go to their local mosque or community centers to break their fast at dusk and use disposable paper, plasticware, and plastic bottles of water. Abdul-Matin suggested that Muslims lead by example and bring a small set of reusable containers to events, demonstrating eco-consciousness not through criticism but through action.

Abdul-Matin further suggested that people connect with whatever faith or source of inspiration they have in embracing environmentalism. He said that Islam is neither capitalist nor socialist and that its teachings encourage followers to work in order to support and care for both family and community, something that is true of virtually all religions.

“The next time you hear ‘going green,’ think ‘going considerate.’ We need to retrain our minds to think that way and ask ourselves, ‘how we can leave the earth better than we found it?’ … The way we treat our planet is a reflection of the way we treat ourselves.”

While 9/11 remains salient in the minds of many, it’s important for discourse on Islam and Muslims to shift: “Anytime someone talks to you about terrorism, start talking about water. A billion people don’t have access to water, and that’s terror,” Abdul-Matin said. The work of millions of eco-conscious Muslims around the world is evidence of a much more pervasive pattern of religiously motivated activists living their faith through environmentalism not terrorism.

If you listened to the Radio Show or attended the recent public event, what did you take away from Abdul-Matin’s talk?  Should religious communities focus more on encouraging their own followers to embrace environmental principles than create interfaith efforts?