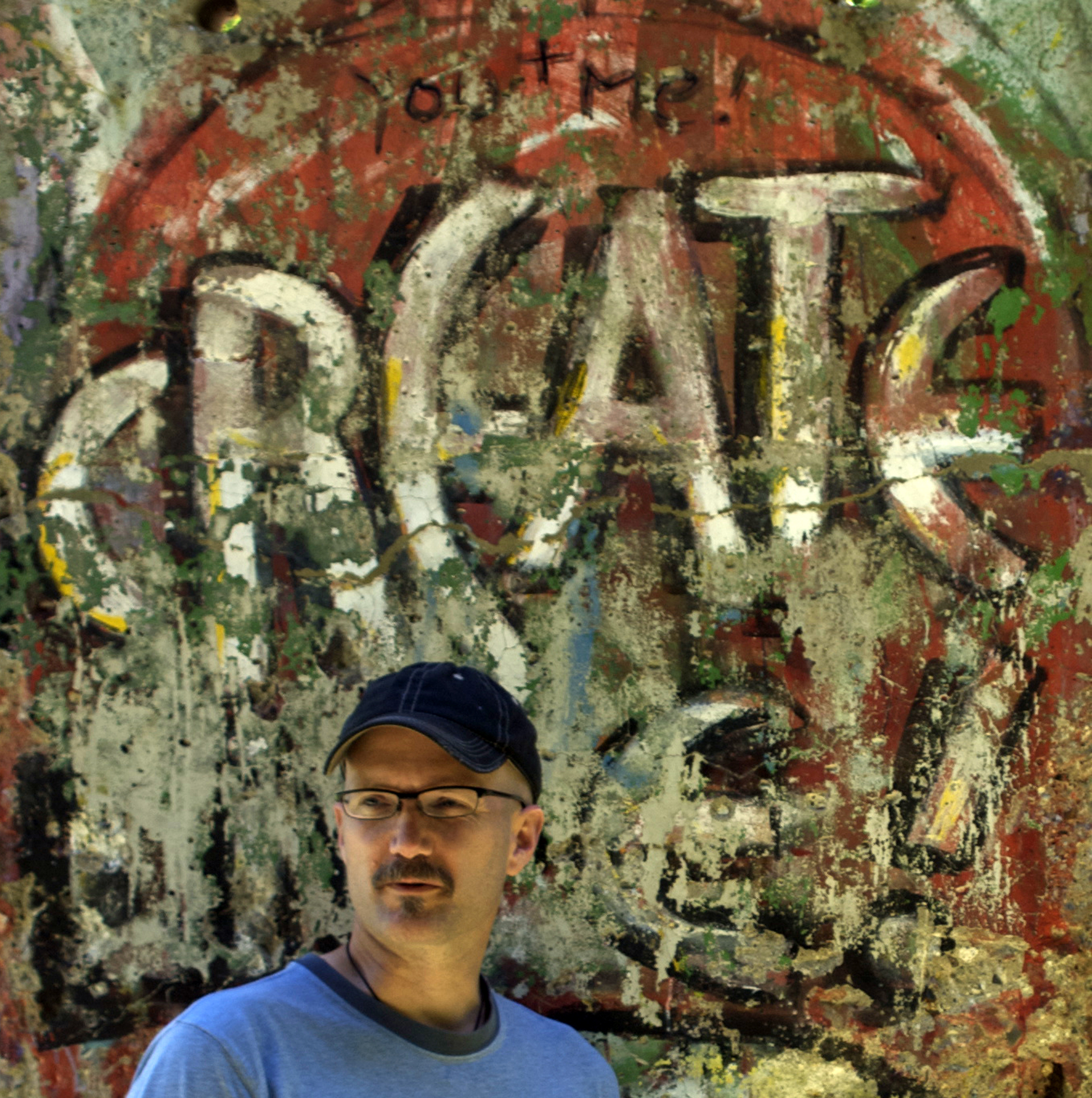 Todd Drake creates art that is shaped by community. A 2004-2005 Rockefeller Fellow, Drake is currently an artist in residence at UNC Chapel Hill’s Center for Global Initiatives and touring around the U.S. and Middle East with his latest project, Esse Quam Videri: Muslim American Self-Portraits.

The mind takes a different set of pictures. For three years I have crisscrossed my home state of North Carolina taking pictures of Muslim Americans. Each photo is a collaboration that expresses what the participating Muslim wished to share. Their images in Esse Quam Videri are currently touring the United States and Middle East. But when I close my eyes and think about my experience of helping make those images I see a different set of photos. One is of a full moon shining over an outdoor gathering of Muslims, all laughing at the comedians from the Funnymentalists comedy group. I saw the moon because I tossed back my head to let out a laugh and noticed it shining down on us from behind. It was at that moment that I thought “This is what we need as a nation, if we could all just get to this point.”

An artist trained at seeing, I had started this project because I knew intuitively that we as a nation were not seeing the full picture of the Muslim American community. That the images fed to us through the media were incomplete. But I did not know a single Muslim. I did not know if they would be willing or interested in making a self portrait. Would they only want to make abstractions? Would I be welcomed into their world?

I was. They did. And now I have Muslim friends from the coast to the mountains. Tamir is one of them. Another picture set into my mind?s eye is of me, lying in a corn row in the middle of a stultifying Carolina August day. I am looking up at Tamir, a large African-American Imam standing over me. He is pulling open his dress shirt revealing a Superman sign. We were in that ?eld photographing his self portrait. His image is one of the best loved by audiences. I remember laughing, thinking what crazy places I put myself in to for the sake of my art.

I have since traveled to colleges and churches, sharing the self portraits, their stories, and my experiences. I have had pastors yell through the phone, insulted that we would invite their Sunday school classes to visit the exhibition. But I have also sat in a Baptist Church and watched as Christians and Muslims shared their own stories of friendship and struggle. I watched them as they listened and learned from each other. We stayed late, collectively wishing the night would never end.

My life has been forever deepened and broadened by these and many more experiences with my Muslim brothers and sisters. I have come to understand that one cannot know a religion without knowing those who practice it; that you can study the components of a religion, but the real expression of that religion comes from personal priorities. For me, a Christian, I have placed a priority on reaching out and building bridges of understanding with my neighbor.

I have been asked to share this project in the Middle East. I will take my camera, but I am sure the most important pictures will come back stored in my heart and mind.

What impact do artistic projects like Drake’s have on American perceptions of Muslims? How do you think the Esse Quam Videri photos will be received by the general public in Bahrain, where it will be shown later this spring?