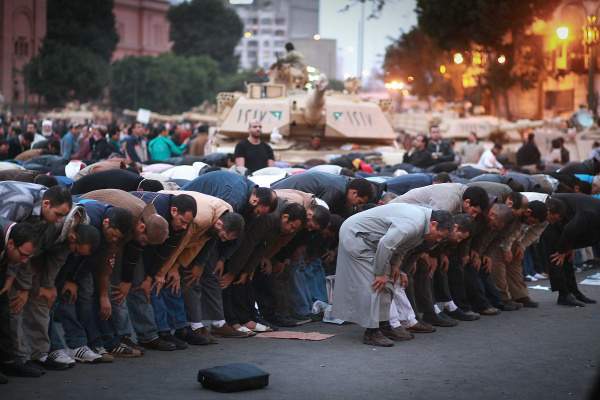 I did my own research on who the Egyptian Muslim Brotherhood is and what they want. Here’s what I found. . .

1) The Muslim Brotherhood is not an Islamic extremist organization.

2) The Muslim Brotherhood is non-violent and has been so for over 30 years.

3) Al Qaeda does not like the Muslim Brotherhood and has continually called them “sell outs” for wanting to participate in the political process and for renouncing violence.

4) The Muslim Brotherhood has repeatedly said that it will not pursue an Islamic State ruled by Shariah.

5) The Muslim Brotherhood wants multiple parties to participate in elections and calls for legal pluralism.

6) The Muslim Brotherhood is not running a candidate for the upcoming Egyptian Presidential elections.

While the Muslim Brotherhood is clearly not a violent organization, they also are not a liberal one either. The Brotherhood prides itself on its adherence to conservative social mores (by western standards). Jeremy Menchik, an expert on political Islam at the University of Wisconsin, recently compared the Muslim Brotherhood to the Christian right wing in the United States, interested in pushing an agenda of socially conservative values within a democratic political framework.

The New York Times’ Anthony Shadid recently wrote, “While it [the Muslim Brotherhood] remains deeply conservative, it engages less in sometimes frivolous debates over the veil or education and more in demands articulated by the broader society: corruption, joblessness, political freedom and human rights abuses.”

So it is clear that the segments of the western media that are portraying the Muslim Brotherhood as some sort of threat are not doing very good research or reporting. The question remains whether they are intentionally fearmongering or if they are simply ignorant to the facts on the ground.

The Muslim Brotherhood just posted this on the front page of their website:

“. . . Demonstrations marked by non-violent behavior that constituted a national uprising in Egypt, to remove oppression and tyranny, have achieved more in just 18 days than Al-Qaida-like terrorism has done in decades.”

Professor Schweber sees the Muslim Brotherhood as a buffer to the real extremists in Egypt and urges policy makers to recognize that reality. This moment in history is too important for the media to lose sight of what’s going on in the Middle East. Encouraging Muslims, Christians, secularists, and other groups to work together in building a new, democratic Egypt is what’s needed. The Muslim Brotherhood will be a part of that process and it’s time to recognize what they really stand for.