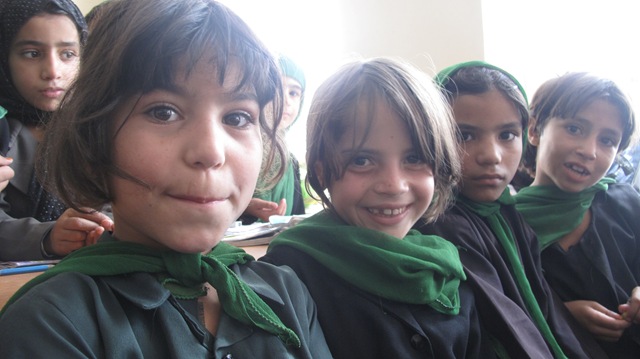 Almost a decade after U.S. forces entered Tora Bora, one has to wonder what has come of Afghanistan. Having never been to Afghanistan myself, I can’t comment on the day-to-day reality of the country’s 29 million + people. It is safe to say, however, that the quality of life has not remarkably improved for most, and outside observers wonder what can be done.

A group of students and young professionals from four continents have come up with their own answers, and their ideas don’t involve security forces or building transportation infrastructure. Islam is their tool of choice and Femin Ijtihad is their name. Femin Ijtihad translates as ‘critical thinking’–ijtihad–of women’s rights issues and activism in Islamic law, and in the cultural contexts and traditions of the Muslim world.

Femin Ijtihad, a legal academic initiative aimed at promoting the rights of Muslim women in Afghanistan, and other parts of the world, sees the principles of Islam as integral part of the construction of Afghan culture and society. Anthropologist Thomas Barfield writes that the Taliban is “fixated on an [Islamic] past that never existed,” and Femin Ijtihad researchers are interested in educating Afghans about the gender equity that already exists within Islam. Challenging the complexities of religious fundamentalism’s residue is tricky, and it requires an adaptable outlook of the world.

In a recent interview with Inside Islam, the founder and executive director of Femin Ijtihad, Natasha Latiff, was adamant in defending the organization’s approach to addressing the prevalence of gender inequality and discrimination in Afghanistan. “We stay away from rigid dichotomies of men versus women and the oppressors and the oppressed. The idea of a systematic, hierarchical structure can be quite fictitious. A lot of the time women oppress women, and educated women oppress educated women. Co-existing structures exist. And so there are times when opposing the structure will bring about negative consequences for the women.”

Instead of trying to change Afghan culture, Femin Ijtihad focuses on illuminating the spaces within the largely male-dominated Afghan cultural structure that allow women financial and other decision-making opportunities. “We don’t say that women are in their [current] states because of Islamic Law, because that’s just not true. It’s bad interpretation of Islamic Law–it has also to do with political structures, colonialism, post-colonialism, and limited access to resources.”

The goals of Femin Ijtihad are practical. The all-volunteer staff reviews 300 carefully selected journal articles covering topics related to Islamic law, society, and gender, and creates clear and concise documents summarizing these works from a gender-neutral perspective. Muslim and non-Muslim lawyers, journalists, and graduate students, both male and female, do research on their own and in groups based in New York, London, Singapore, and Sydney. The end goal is to disseminate the interpretations of these mostly Islamic law review articles to Afghans themselves, through both governmental and non-governmental organizations in Afghanistan. With literacy rates between 10 and 15% for Afghan women (and less than 50% for men), the Islamic messages conveyed through Femin Ijtihad must be easily applicable to everyday Afghan life. (For a quick read on the Taliban’s impact on Afghan women, see this statement by ex-U.N. Secretary-General Kofi Annan in 2001.)

The work being done by Femin Ijtihad is only a fraction of what needs to be done in Afghanistan. Education, health, and security remain tentative at best, and the people of Afghanistan themselves are the ones who will eventually rebuild their society. But the efforts of Femin Ijtihad have had a measurable impact already. In 2009, Femin Ijtihad researchers reviewed and suggested amendments to the first draft of the controversial Afghan Family Law (FL).

There’s a laundry list of further accomplishments, but what’s most impressive about the Femin Ijtihad project is how it has changed people’s approach to thinking about gender issues. Latiff calls it an “incubator of methodology.” Highlighting and encouraging different manifestations of women’s agency, including the more subtle forms of women’s resistance is the secret to a successful bottom-up strategy. “What is possible?” is being asked and that’s where Afghanistan needs to begin.

**Femin Ijtihad is currently looking for contributors from around the world. You can find additional information on current openings, recent projects, and the founding of Femin Ijtihad.**

What do you think of Femin Ijtihad’s emphasis on working within the existing cultural framework of Afghanistan? How can gender-neutral interpretations of Islam assist women in Afghanistan? What efforts are worth emulating in other majority-Muslim contexts?