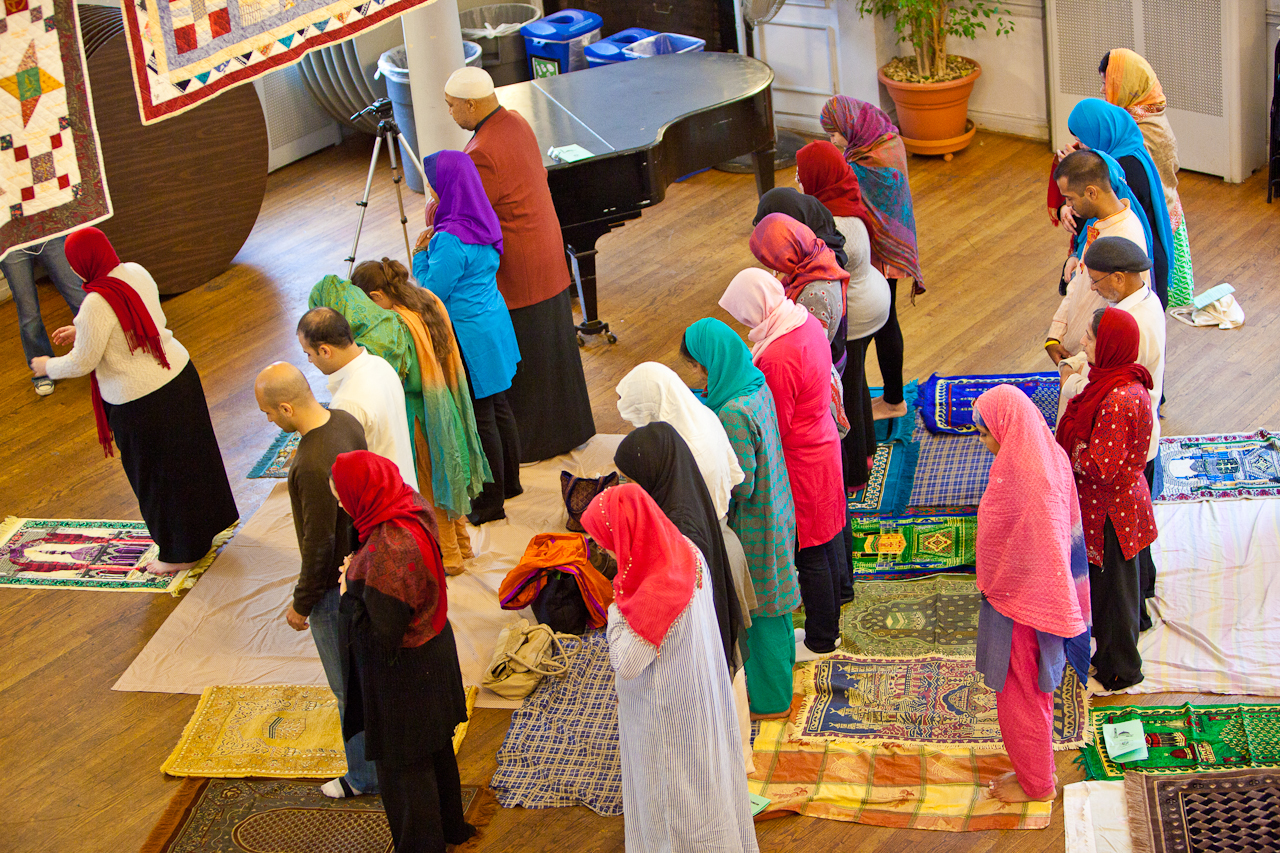 Over the past few years, this nation’s capital has become a hub for what some see as a  progressive movement among Muslim Americans. Reform efforts recently resulted in a mixed-gender Eid al-Adha prayer led by Imam Pamela Taylor. While a number of leaders and organizations have accelerated the progressive Muslim movement in metropolitan Washington, DC, one local area woman has been particularly influential.

In late January of this year, Fatima Thompson, a practicing Muslim of 18 years and current chair of Muslims for Progressive Values, Washington, D.C, Chapter walked into the National Mosque. She found segregated prayer spaces for men and women and described the area designated for females as a “penalty box,” noting the 7-foot-high wooden panels separating her from the much larger prayer area designated for men.

(Gender segregation in mosques varies from country to country. Thompson says that two out of three mosques in the U.S. require women to pray behind a partition or in a separate room.)

After numerous phone calls and hand-delivered letters to the mosque without a response, and inspired by the Greensboro Four, Thompson organized a stand-in (later termed a “pray-in”) at the National Mosque. Amidst a few feet of snow piled high on the sidewalks, Thompson and 20 others entered the main prayer hall designated for men only. The police were called and the group was peacefully escorted out.

Two weeks later, Thompson and ten others organized another pray-in and, again, the police escorted the group out. In protest, they prayed on the sidewalk in front of the National Mosque. A public hearing at a public library in front of 100 people followed, with panelists exploring “Where is the place of women at the mosque?”

A final later pray-in at a Virginia suburban mosque in May ended with a heated verbal exchanges between Thompson and a mosque attendant opposing her position. The women were labeled to be “aligned with Satan.” A supporter of mixed-gender worship accompanying Thompson was allegedly assaulted.

On May 21, The Washington Examiner reported that Police Chief Cathy Lanier ordered officers not to get involved in future situations related to a woman’s place in mosques. Thompson and supporters claimed the policy as a small victory, while some legal scholars worried about the privacy precedents being set.

Despite the efforts of Thompson and others, it is widely believed that most Muslims are in favor of gender segregation during prayer. The most common pro-gender-separation argument originating from hadith points out claims that in a mixed-gender prayer atmosphere men would be distracted by the back-sides of women while in sujood, or prostration.* Many Muslim women agree and say that they pray with an increased level of comfort knowing that men are unable to see their bodies while worshiping. In response, Imam Pamela Taylor told Inside Islam,

“People say that men can’t control their desires, but men are doing it in church. Sure, there might be a few inappropriate men here and there, but overall people are controlling themselves in every religious setting. In the Kaaba, men and women pray together without any sort of barriers. Why can’t we do that every day?”

Disagreements over mixed-gender prayer and other gender issues within Islam will continue, but it’s clear that the dialogue and debate is more public than ever, and has encouraged Muslims, both men and women, to consider their faith from new perspectives.

* An earlier version of this post implied that this distraction argument is based on hadith, which is not the case.

Do you pray alongside non-relatives of the opposite sex? If so, have you ever felt uncomfortable or distracted? If you’re not a person who practices a religion or faith, how do you interpret the concept of separating men and women during prayer?