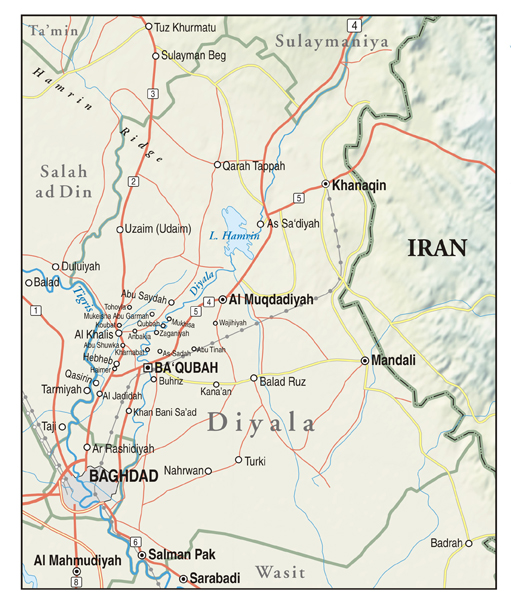 Last Monday afternoon in Balad Ruz, a small Diyala town near the border of Iran, a young Sunni police officer name Bilal Ali Muhammad made the ultimate sacrifice and died to save the lives of dozens around him. While public displays of grief and sorrow are commonplace among Ashura observers, this year’s Muharram was especially painful for Muslims in Iraq’s Diyala province.

In the first month of the Islamic calendar (Muharram), Muslims observe Ashura, a remembrance of the Battle of Karbala and martyrdom of Husayn ibn Ali, grandson of the Prophet Muhammad, and 72 of his companions. While both Sunnis and Shi’a observe the day, Ashura is one of the most important cultural and religious events for Shi’a in Iraq and other countries with significant Shi’a populations. Typically involving large, public congregations of Shi’a families watching reenactments of the events of Karbala, Ashura emphasizes the sacrifice that Husayn and his followers made in the name of justice.

According to the New York Times, Officer Bilal Ali Muhammad was patrolling near a Muharram procession when he spotted a suspicious lone man approaching the crowd with his hand concealed in his pocket. When the man refused to answer questions, Officer Muhammad forcefully opened the jacket and found an explosive belt strapped to the man’s chest. Officer Muhammad wrapped his arms around the man, shouted warnings to the crowd to get back, and wrestled the man to the ground. Moments later, the suicide bomber activated his detonator button, taking the life of Officer Muhammad and a nearby grandmother and her grandchild. Fifteen others were reportedly injured.

Suicide bombers, going back at least as far as 17th century Dutch military operations, have become an increasingly disturbing reality in many Muslim majority contexts. The exact motives of many bombers is sometimes unknown. While some violent suicide acts are motivated by a belief in eternal rewards from God in the afterlife, for others, political gain and economic incentives for the bomber’s family are often the only influences on the bomber’s decision.

Last week’s attack in Diyala was likely the result of extremist Sunni ideology targeting Shi’a. While the majority of Sunnis and Shi’a peacfully coexist around the world, a sizable percentage of Sunnis disagree with the theological positions of Shi’a and a very small number of Sunni extremists believe in violent action against Shi’a in the name of God and purifying Islam.

While suicide bombing is seen as an act of martyrdom by many violent extremists, as is the case in the Balad Ruz attack, there is little validity in the Islamic criteria presented to justify such acts. The Qur’an explicitly states that a fighter may not attack non-combatants under any circumstances, and so martyrdom is invalidated in any situation where non-combatants are injured or killed.

Nearly every faith and even some political ideologies have a history of martyrdom, and Islam is no different. A martyr, or shahid/a, is a person who stands firm in belief of the truth as a model and example for others, and is derived from the Arabic shahada-to see, witness, or testify. A shahid/a not only testifies truth verbally, but is willing to struggle, fight, and give up his/her life for the truth. Muslim martyrdom has also involved non-violent struggle. The first Muslim martyr, or shahida, was Summayyah bint Khayyat, who was tortured and brutally murdered for her unwillingness to recant her belief in Islam.

Iraq’s recent history has involved the deaths of thousands from suicide attacks alone. The story often ignored is that of security personnel and average citizens sacrificing their own lives by wrapping themselves around the bombers to absorb the explosion. These Iraqis are the true martyrs, shahid/as, heroes.

Officer Muhammad’s decision to stop the suicide bomber was made in an instant and his actions saved others. His daughters, wife, and widowed mother–all of whom he provided for–will no longer have a steady source of income, but his sacrifice prevented the pain of dozens of other families. Officer Muhammad didn’t die as a Sunni officer saving Shi’a worshipers. He died as a human being saving other human lives.

Why do you think some Muslims, both men and women, are led to believe that their suicide missions are valid acts of martyrdom when Islam clearly proscribes such actions? What does martyrdom mean to you? If you aren’t Muslim, but are a follower of a different faith, what does martyrdom signify in your own tradition?

One thought on “A True Martyr”