This is a guest post by Saideh Jamshidi, an Iranian-American journalist who is doing graduate study in journalism at the University of Wisconsin-Madison.

Last month, I attended a conference at Lake Forest College about the “Future of Secularism and the Public Role of Religion in Iran,” where a group of intellectuals and university professors gathered to discuss the future of secularism in the Middle East and Iran’s role in shaping this phenomenon.

“Iran is the only country in that part of the world where we have a grassroots massive movement towards secularization”, said Ahmad Sadri, a professor of sociology and anthropology at Lake Forest College and the chair of Islamic World Studies.

END_OF_DOCUMENT_TOKEN_TO_BE_REPLACED

The next Inside Islam radio show, this Thursday, April 29th, will focus on jihad. Michael Bonner, author of Jihad In Islamic History: Doctrines and Practice,and Faisal Devji, author of Landscapes fo the Jihad: Militancy, Morality, Modernity will join the program to discuss the concept of  jihad, its history, and its manifestations in the world today. END_OF_DOCUMENT_TOKEN_TO_BE_REPLACED

The Muslim Students Association is hosting Islam Awareness Week 2010 on the UW-Madison campus this week. I interviewed the association in September 2009 and it reminded me that religion doesn’t just live in sacred books or buildings but more in people. There is no better way to understand Islam than to get to know its people. If you are in the area, I hope you’ll find some time to go to the events. END_OF_DOCUMENT_TOKEN_TO_BE_REPLACED

In January 2009, several UW-Madison professors visited Senegal, where a Muslim majority and a Christian minority peacefully coexist. You can watch an overview of this trip in part one of this series, and the professors’ conversation with a prominent Imam in part two. The group also stopped at Gaston Berger University in Saint Louis where they talked to Senegalese friends about the country’s religious tolerance.

END_OF_DOCUMENT_TOKEN_TO_BE_REPLACED

Protestors holding a picture of Fawziya Ammodi, 12 year old who died in childbirth

In 2008, Nujood Ali’s story got headlines around the world. The ten-year-old girl had escaped from her husband, to whom she had been forcibly married, and went to the courthouse and asked for a divorce. Ali was eventually granted her divorce. However, the court asked Ali to pay compensation to her husband because she was the one initiating the divorce.

Under Islamic law, whoever initiates a divorce carries the consequence. So, if the husband initiates a divorce he cannot take back the dowry and must complete payment of it if he has not paid it in full.  If the wife initiates divorce, she must return the dowry to the husband. Unfortunately, the court did not seem to recognize the circumstances of the situation and applied the traditional rules for divorce by asking Nujood to pay. Nujood’s lawyer, though, was able to raise the money.

After her divorce, Ali received fame for her story and was even named one of Glamour Magazine’s Women of the Year. Ali’s story called attention to the practice of child marriages in Yemen. END_OF_DOCUMENT_TOKEN_TO_BE_REPLACED While many people assume that textbooks reflect history as fact, often they really indicate the position of the author. This is an important issue because students receive much of what they learn in school from textbooks. It is for this reason that the Council on American-Islamic Relations began a campaign last month against the “World of Islam” books put out by Mason Crest Publishers in partnership with the Foreign Policy Research Institute.

The ten-volume series is meant for middle school and high school students and covers a range of topics. The titles in the series include: Divisions in Islam; History of Islam; Islam in Europe; Islam, Law and Human Rights; Islamic-Jewish Relations before 1947; Islamic Rituals and Celebrations; The Monotheistic Religions; Muslims in America; The Muslim World: An Overview; and Radical Islam. END_OF_DOCUMENT_TOKEN_TO_BE_REPLACED

The last Inside Islam radio show examined Islamic Feminism. The two guests, Sumbul Ali-Karamali and Areej Zufari, talked about the global movement where Muslim women are going back to the Qur’an to assert their rights. In other words, they are calling for a re-reading of the Qur’an that reflects its true attitude towards the plight of women, where both women and men are addressed by God as human beings. Both Ali-Karamali and Zufari highlighted that what was interesting about this new movement is how inclusive it is and how women’s voices are central to the project. END_OF_DOCUMENT_TOKEN_TO_BE_REPLACED 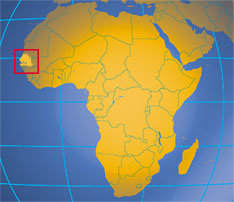 The UW-Madison group interviewed a prominent Imam in Saint Louis. Following his father’s footstep, the 83-year-old Imam became a scholar and teacher at age 16. He started running a school well before Senegal became independent. Because his school was not involved in political activities, just in Qur’anic teaching, the colonial power left it alone. END_OF_DOCUMENT_TOKEN_TO_BE_REPLACED

A former French colony in western Africa, Senegal is a Muslim-dominated country where a Christian minority is well respected and has lived peacefully with the Muslim majority for ages. What has made Senegal so successful in maintaining interfaith peace and avoiding the religious tensions that plague other countries? A group of professors from the University of Wisconsin-Madison traveled to Senegal last year to look for answers. In the next several weeks, you will read a series of their interviews from the trip. As an introductory overview, anthropology professor Larry Nesper, talked with me recently. You can watch our full conversation by clicking on the video below. END_OF_DOCUMENT_TOKEN_TO_BE_REPLACED

This is a guest post by Saideh Jamshidi, a journalist born and raised in Iran who is doing graduate study in journalism at the University of Wisconsin-Madison. She wrote this post to accompany the Islamic Feminism radio show.

A group of Iranian women, many of them young activists, gathered in Haft Tir square in Tehran, Iran, on June 12, 2006, to collect “One Million Signatures” for women’s rights in Iran. They were asking the government to change “unjust” laws and to stop legalized discrimination against half Iran’s population. But the peaceful demonstration was brutally disrupted. Police attacked the unarmed women and beat them with electronic batons. Forty-eight women and 28 men were arrested that day. They were detained and prosecuted on charges of “endangering Iran’s national security” and “participation in an illegal assembly.” A chain of arrests followed days later, and many more women’s activists were detained and prosecuted on vague charges. END_OF_DOCUMENT_TOKEN_TO_BE_REPLACED