Growing up in the United States, I was exposed to all different kinds of Muslims, especially those who chose to convert to Islam later in life. I have always been fascinated with the challenges that new Muslims face. Conversion seems like a very difficult decision in the context of American culture and the Western sociopolitical setting more generally, where Islam is often represented so negatively. Yet, even after 9/11, the interest in Islam and the number of converts around the world continues to grow.

One particular conversion context has caught the attention of author Richard Reddie: that of Blacks in the United Kingdom. In his book Black Muslims in Britain, Richard Reddie explores the reasons for the growing numbers of Black Britons who are embracing Islam. Reddie was surprised to find a lack of previous research about this phenomenon, but he did find a number of aspects that offer insight into why the number is growing. 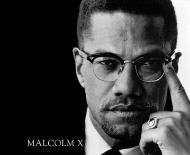 Among these is the feeling that Islam offers an identity that transcends ethnicity and race. This particular aspect has been echoed by African-American converts to Islam, probably the most well-known of whom is Malcolm X. In fact, Malcolm X’s life, Reddie found, continues to play a role in why some black men, in particular, consider Islam. His life story provides a blueprint for many of these young men, not only in the United States, but also in the UK.

Also, some of Reddie’s interviewees said that Islam “provided inspiration and strength to engage with a society they regarded as corrupted by materialism and moral relativism.” Many converts appreciated the rules and structure of Islam. Unlike the image of Islam that is often propogated in the media that focuses on violence and destruction, Reddie underlines that Black Muslims in the UK have the reputation of helping those involved in crime, drugs, and violence and of being among the most vocal about calling others to Islam and to a life as a constructive member of society.

While his focus was on young men, Reddie also interviewed women, many of whom said that the focus on modesty in Islam was liberating. This last point is especially interesting because one of the most prevalent stereotypes of Islam is that it oppresses women. Nevertheless, Reddie highlights the fact that many women choose to become Muslim and read Islam’s dictates concerning women positively. In my own interaction with Muslim women converts, like Reddie, I have found that many find Islam’s position on women to not only be refreshing but to be a motivating factor to convert.

The image of Islam is continously being misrepresented and thus Muslims and those who decide to convert are often misunderstood. Reddie not only explores the many reasons why someone would choose Islam as a faith, but he also recognizes that it is important to understand the real and positive role that Islam can play in a person’s personal journey and in the society at large.

Are you a convert to Islam? What was your reasons for conversion? Please share your story.

10 thoughts on “Why Are Black People Converting?”