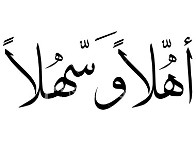 How many people who study Arabic now realize its importance in the Muslim worldview and the complexity of the language situation in the Muslim community worldwide? Arabic, the classical form of the language, is the language of the Qur’an. When Muslims from all over the world recite the Qur’an, they do it in Arabic. Since the classical form of Arabic is a liturgical language, many Muslims will study it on some level in order to pray and read the Qur’an itself and other Islamic texts. In the Arabic-speaking countries of the world, in addition to the religious realm, the standard form of the language continues to be the language of poetry, much of the literature, news, and basically anything formal. While there are spoken forms of Arabic that are specific to each country and even city, many people hold the standard form of Arabic in high esteem because of its connection to the Qur’an. In some Arab countries, writers who push to use the colloquial form of Arabic in the place of standard Arabic face a challenge because of the connection that the latter has to the Qur’an.

Many people are unaware of the complex language situation in the Middle East and in the Muslim communities the world over.  The fact is that not all Muslims connect to Arabic in the same way. In fact, the majority of Muslims reside in countries outside of the Arabic-speaking Middle East. For these people, Arabic is relegated to prayer and reading the Qur’an and Islamic texts. They do not need Arabic to communicate and many times do not learn a spoken form of the language. Unlike other languages, the standard form of Arabic is not a mother tongue to anyone yet it is kept very much alive with its connection to the Qur’an.

When I started studying Arabic over 11 years ago, there were very few people interested in the language. Since 9/11, the number of students of Arabic has surged with the MLA suggesting that it has doubled. Coming from an Arab background (my parents were from Egypt), I was exposed to the language; but it was my formal study of the language in college that helped set my path. Before 9/11, students who were studying Arabic were many times “heritage learners” and Muslims like me who just wanted to be able to read Arabic–many times in order to read the Qur’an–and to communicate more effectively with family. Some students were graduate students who had studied or worked in the Middle East and their specific projects required knowledge of the language (like farming practices in Morocco). Now, however, the situation has changed with more job opportunities encouraging students to opt to study Arabic over other more commonly taught languages. Moreover, students now find themselves studying abroad in the Middle East. The experience of being immersed in the language and interacting with the people and culture many times give the students a new outlook on the region and the people. It is important that students of Arabic, though, understand the rich history of Arabic and the complexity of the language situation not only in the Arabic-speaking Middle East but in Muslim communities worldwide.

Interest in both Islam and Arabic is rising. Whether someone is studying Arabic for work, personal interest, religious reasons, or because they want to understand a part of their identity, it is important to understand the richness of Arabic and the complexity of the worldwide Muslim community even when it comes to language.

Have you studied Arabic? What was your experience? Are there other liturgical languages that are still used? Do you think its important to learn Arabic to study about Islam? Why? Please share your comments below.

10 thoughts on “Arabic: The Language of Islam”