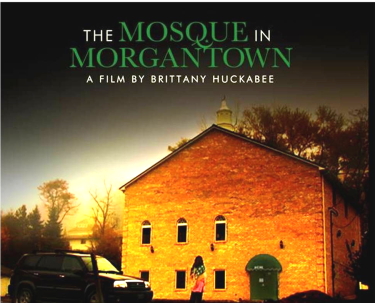 Upcoming Documentary A Mosque in Morgantown

The Washington Post’s “On Faith” blog recently posted video of a two-part conversation with Asra Nomani, journalist, Muslim activist, and feminist. She is also part of the upcoming documentary The Mosque In Morgantown about a Muslim community in West Virginia.

“On Faith” hosts the blog of another prominent Muslim-American voice, the founder of the Interfaith Youth Core Eboo Patel who is a regular contributor to the site. His entries can be found on “The Faith Divide.”

The interview with Nomani is part of a new series about faith, politics, and art entitled “Faith Complex.” The series is hosted by Professor Jacques Berlinerblau and produced by Professor Tom Banchoff of Georgetown’s Berkley Center for Religion, Peace and World Affairs. Upcoming guests will include proponent of secular Islam Abdullahi An-Naim, David Freedman of the Anti-Defamation League discussing Antisemitism and the Internet, and Father Thomas Reese discussing the Obama administration and the Catholic community.

Please feel free to leave your comments about Asra Nomani’s interview “A Bad Girl of Islam” or thoughts about the documentary A Mosque in Morgantown below. For more information on the documentary, click here and view the trailer or browse bonus footage online as well.

2 thoughts on “Asra Nomani: “A Bad Girl of Islam””