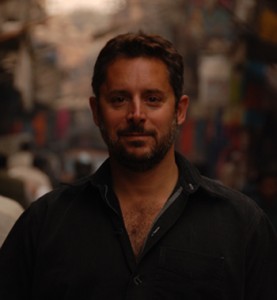 What’s your image of Pakistan? A nuclear-armed, Taliban-infested, desperately poor nation of 170 million people on the edge of anarchy? A barbaric backwater where women get buried alive for refusing to be forced into marriage, or are condemned, like Mukhtar Mai, to be gang-raped for an offense allegedly committed by a younger brother? These are images that come to us from trustworthy journalists and reputable sources. Share your own impressions about Pakistan below.

So, how are we to square them with the Pakistani author Daniyal Mueennaddin who delivers in his hip debut collection of linked stories, In Other Rooms, Other Wonders: a Pakistan where Islam is hardly mentioned except in passing; where sophisticated urbanites routinely indulge in sex and drugs with impunity; and where everybody from the maid to the manager to the local judge cheats as a modus operadum.

It’s a world of landed gentry, masters and servants, allegiances and betrayals, not unlike the American plantation south just before the outbreak of the Civil War, where the old feudal order is crumbling but nobody wants to admit it, and everybody is hanging on by a thread. It’s worth considering just how many US interests are at stake in Pakistan, and how poorly we understand it. What we really need to know about the minds and hearts of its people is spelled out in the pages of Mueennaddin’s book.

Update March 6, 2009: Polls closed after the show. The question was: In light of the Obama administration’s focus on this region, how would you finish the following statement? Will US relations with Pakistan stay the same, deteriorate, or improve? Vote by leaving a comment below or email us your answer.