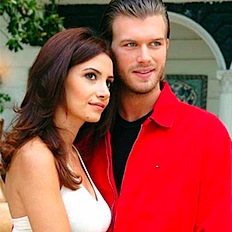 The Turkish soap opera Gümü?, or Noor in English, is a pop culture phenomenon across the Arab world. Actress Songül Öden plays Noor, a young Muslim woman and fashion entrepreneur. The romantic relationship she has with Muhannad, her husband on the show, has won over a broad following in Arab countries and incited media buzz around the world. The fact that the program originally flopped in Turkey, a secular nation-state, but is immensely popular in religiously conservative countries like Saudi Arabia raises fascinating questions about the relationship between Islam and Muslim culture.

Do Muslim values and traditions repress culture in the Arab world?

Public reactions of religious leaders and conservatives in Arab countries have been severe. The grand mufti of Saudi Arabia, Sheikh Abdul Aziz Al-Asheikh, condemned Noor and issued a fatwa against it. Also, chief justice of the supreme judicial court in Saudi Arabia made a public statement saying that “it is lawful to kill … the apostles of depravation … if their evil cannot be easily removed through simple sanctions” in talking about the show’s creators. He later clarified that he was not advocating murder but open to capital punishment. Nevertheless, despite all of the negative attention and drastic reactions from religious leaders, the show’s fan base has steadily grown along with media attention surrounding the controversy.

Could TV drama be an outlet for bottled up emotions and a realistic alternative to conservative social norms?

Mainstream media coverage of the show has been largely positive in stimulating an intellectual conversation about Arab culture. The debate over religious and secular values may sound superficial given that the conversation is about fashion, soap operas, and celebrities. Indeed, in comparison to the conflicting stances taken by religious leaders and secular governments, the soap opera controversy seems pretty tame. On the other hand, these are the issues that are close to people’s daily lives. Moreover, these issues are emerging parts of a larger dialogue about religion and public life in mainstream media.

Is Noor the new face of Muslim life in the Arab media?

In an article from The Arab media website Menassat, Layal Abu Rahhal says that Noor is testing the moral compass in Arab countries. He also says soap operas are popular in the Arab world because of their roots in Muslim tradition. Soaps are a major source of entrainment during the month-long fast of Ramadan. He writes:

Part of Noor’s popularity is thanks to the fact that Arab soap operas, or musalsals, typically air only during the Muslim fasting period. Beginning next month, Noor will have to compete with dozens of Arab-language soap operas, some of which inevitably stir up controversies of their own.

The show’s controversy opens discussion of differences between the Muslim communities in the Arab world. In most countries, mainstream media and pop culture are both present and part of an ongoing debate over mainstream norms and values. This conversation forms the kind of common ground that helps sort out more serious national and moral issues. This point is made much more strongly on Global Voices Online in “Bairan: Obsessed with a Turkish Soap Opera.” Globalist leaves this comment:

The scientist, the intellectual, coexist alongside the common man [sic]. There is room for both. Rather than criticizing the Bahraini layman for being fascinated with Muhannad and Noor, perhaps you should direct your criticism at the Arab academics, the Arab intellectuals, the Arab politicians, the Arab aristocrats for their complete and utter failure to guide culture. There ought to be more science, more discovery, more debates, but not at the cost of general entertainment and popular culture.

Popular culture spreads even faster around the world through satellite TV and media online. Noor’s popularity now spans the Arabic speaking world and the show appeals to a broad audience. Still, it would be hasty to assume that Noor appeals to all Muslim communities or frame the controversy in strictly religious terms. Noor’s appeal varies between countries and particularly within the Muslim community.

Browse media coverage from the Arab world about Noor. There’s news about the controversy in Saudi Arabia, Jordan, Gaza, and other countries in the links below. Let us know what you think about pop culture trends and media controversies emerging from Muslim culture in the region. We welcome your thoughts about Noor and Muslim culture in the Arab world on this post. Click here to go straight to the comments section.

According to Saudi Arabian daily Okaz, officials from the Trade Ministry raided local shops in Taif and confiscated the t-shirts, claiming that they violated ethical, traditional and Islamic values. Officials also warned the shopkeepers and said if they continued selling such items, their shops would be closed down

Jordan: “Noor, a soap opera to test the moral compass” from Menassat:

Parliamentary members criticized the minister of culture Nancy Bakir for meeting the Turkish actor who plays Mohannad, during a reception at the Turkish embassy in Amman last month. Rumors circulated that she had asked for a picture with him. Bakir has hinted she might resign “because of unbearable pressure” over the incident.