What’s interesting about the future of the Muslim youth is the diversity of political voices, including democratic ones, which want to synthesize freedom with religious values. What’s unique in the Middle East is the sheer size and political activism of youth culture. As the New York Times points out, youth comprise 25% of the population and are increasingly politically active. This activist culture creates a modern bent on Muslim tradition and speaks to changing values, practices and faiths around the world. In the series Generation Faithful, the Times outlines ways youth culture is coping with the conflict between old in new as they travel across the region and increasingly, the world.

In Mark LeVine’s work he outlines ways the democratization of culture has made its way into traditional Arab and Islamic societies through travel, study and living abroad. In the return home, Muslims have a decision to make. Youth choose either to side with the older generation of Islamists and fight for an Islamic state with Shariah law or live in a grey area and make a modern statement about Western democracy and Muslim cultural values. This grey area is, more and more, played out through music than it is through violence and fear. In confronting other cultures through travel, immigration and global news coverage, Muslim youth are creating a new medium for understanding the language of a cultural dialogue or debate between Western democracy and traditional Muslim values. 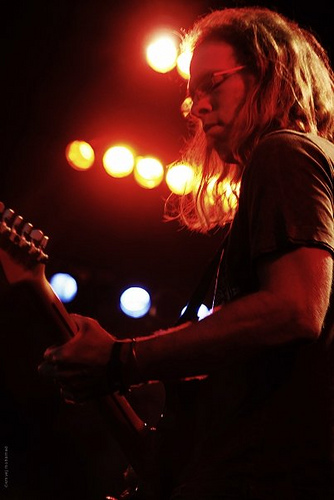 Mark LeVine writes about globalization, politics, popular culture, religion and music in Heavy Metal Islam. His work also affirms the human connection between the West and Islam in the Middle East. Not only is his work to study and understand Islam and music but also to experience the everyday lives of Muslim life and war in the Middle East. Mark rocks with bands across the area as a professional musician. What he takes away is a better sense of what the fight over:

What made hardcore metal increasing popular in the Muslim world was that its messages of nihilistic violence, political corruption, and war without reason, purpose or victory, was an ideal platform for alienated young people in the region to criticize governments and societies that seemed to resemble the landscapes depicted in the lyrics of the bands they were listening to. ‘It might seem strange to you, but a music about death actually affirms life for us,’ was how one fan put it to me (Source).

Heavy Metal Islam and the fight over what Islam means. 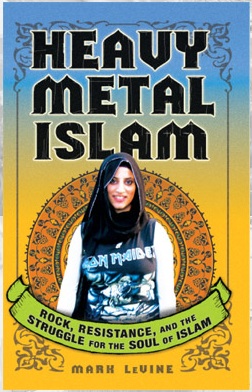 Mark’s story integrates a Western narrative of conflict between Eastern and Western values with a Muslim discourse about the history of Islam and conflicting interpretations of what it means today. The fight over what Islam means in the world today is an increasingly critical one and, from the Iraq war to heavy metal music, the world struggles to articulate what it means in a modern sense. Mark’s work reveals that the debate is complicated and there are a spectrum of opinions, voices and meanings even in everyday life. He uses the universal language of music to articulate the diversity of Islam in contemporary times.

Join Mark LeVine on Here on Earth: Radio Without Borders on September 25, 2008. He will discuss his travels and work in the Middle East. See below for links to more of Mark LeVine’s interviews, materials and reviews of Heavy Metal Islam.

6 thoughts on “Mark LeVine and Heavy Metal Islam: The Fight Over What Islam Means”